Letter to the Editor

The Garibaldi barracks and the Territorial Planning Scheme, streets, car parks and street lighting. The Mayor of Varese, Attilio Fontana responds to a reader, describing some of the council’s plans for the new year.

On 6 January, we published a letter to the editor, in which one of our readers criticized many points regarding the town of Varese, from car parks, to the Garibaldi barracks, and the Territorial Planning Scheme. Today, we are publishing Mayor Attilio Fontana’s detailed response. 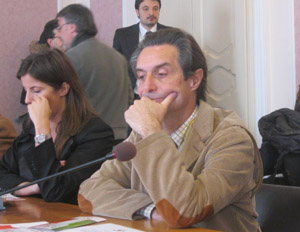 I gladly take this opportunity to reply to your letter, which was published a few days ago, and to present to you some basic considerations in response to your polite observations.

First of all, I would remind you that, with respect to that of Gallarate and Busto Arsizio, Varese has gone through a very different time, during which, given the specific nature of its territory, given the presence of the lake and of Sacro Monte, the age-old parks and historical villas, no daring or aggressive urban planning has ever been started.

With regard to your specific observations, let me say:

on the Garibaldi barracks, finally, after years of evaluations, studies and new relations with the local Insubria University, the Monuments and Fine Arts Office and market research, the town council is now able to start proceedings for project funding, which, however, requires the stipulation of a program agreement with Lombardy Region. Unfortunately, this agreement has been suspended, because of the well-known political events that have led to the upcoming regional elections in Lombardy. I hope that, with the new administration, we will be able, in the short term, to continue with, and complete the process that has been interrupted;

on public lighting, I can assure you that one of my first commitments was to find a technical solution that, despite the well-known preclusions on local public investments, applied by Central Government, will allow making a complete review of the, now obsolete, municipal system.

I promise you that, in a few weeks, it will be possible to begin a procedure of project-financing, which will allow redefining the quality standards of all of the public lighting in our territory.

on the streets, their maintenance and signs, I fully share your observations, but I would like to point out that the above-mentioned, urgent conformity regulations of the Stability Pact, have reduced the possibility of intervening, to a minimum, even when there are sources of funding already available, as is the case, alas, in our town.

On this matter, I wish to remind you of my battles, also as the President of the Lombardy branch of the association of Italian councils, ANCI, in support of the honest councils, like Varese, which have been barred using their own sources of funding already available, without any real reason, except the need to contribute to fulfilling the stability pact on the whole division of local organisations, which were unjustly cut, with respect to the State and to its expenses which are completely out of control. Our town even had to forgo using over €8 million for investments, in order to contribute to the national stability pact;

on the chaotic road network and uncontrolled parking, I have fought, and am still fighting for greater and more incisive respect for the rules and for the highway code.

I continually make changes to the Local Police, for increasingly rigorous and effective surveillance. I feel obliged to remind you that not all of our fellow-citizens think like you or like me in this regard.

on the car parks managed by administered by the Varese transport company, A.V.T., I can assure you that in Via Staurenghi, there is currently underway a public procedure to create a new multi-storey car park, with complete tidying up of the related areas; and in Via Verdi, unfortunately, only little and sporadic restoration interventions are possible, given the peculiarity of the area, which is part of a park that is protected and controlled by the Monuments and Fine Arts Office.

For the green areas available to the public, the considerations expressed for the roads and their maintenance also apply, and, in any case, the commitment to routine maintenance is expected.

On the Territorial Planning Scheme, I share your remarks, and I am sure that, in the short term, our Administration will be able to approve this important programming document, as will the new Regional Administration, of course, considering the situation that has arisen in over 600 towns and villages in Lombardy, and there will be no shortage of opportunities to intervene to remedy this deadlock, by restoring the deadlines also for the towns and villages that failed to approve, or even just adopt the Town Planning Scheme by 31/12/2012.

Finally, I agree there is a need for greater checks, and for exemplary sanctions to be applied in the case of uncivil people who fail to respect the law and the regulations that safeguard our correct and civil way of life. And, for 2013, I would like to repeat my request to the Local Police force and other council bodies and offices to make the checks and apply the sanctions.

I gladly wish you and your family the best for a happy 2013.