“Our town has been devastated by Pedemontana; I’m going to sue them and the Region”

Mayor Luciano Biscella is not standing again, but is continuing his battle. “They haven’t done any of what they promised, they’ve only taken services away from the people.” 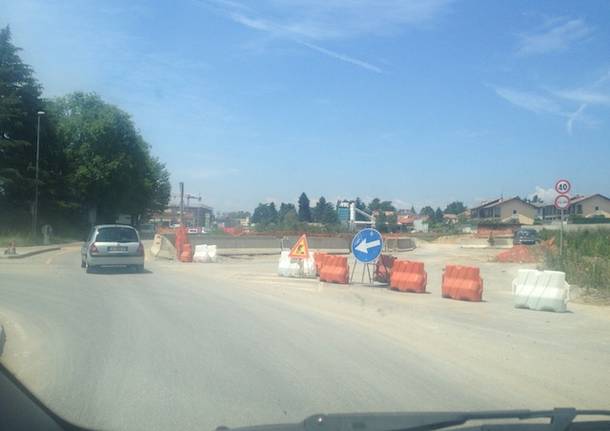 “Our territory has been devastated by the arrival of the Pedemontana, the compensation work promised hasn’t been done, and the services haven’t been restored. I can’t just stand aside, even though I’m at the end of my mandate.” For ten years, Luciano Biscella has been the Mayor of Cislago, supported by the civic list ViviCislago, but he is not going to stand in the next election. Nevertheless, he has not stopped fighting, in what was the main battle of his second mandate as Mayor.

“We have a schedule agreement with Pedemontana, which was signed in 2009, and which they’ve completely disregarded,” he said. “They should have built a greenway, but we haven’t even seen the start of it. They should have created a park for the town, I approved the plan, but they’ve never started the work. But above all, the football pitch where the first team used to play, that lovely piece of green you could see along the Varesina freeway, was destroyed and the council had to pay €450,000 of its own money, so that children, not the first team, could play there again.”

What should Pedemontana have done to preserve this pitch?
“When laying this strip of asphalt, they cut through the pitch, making it unusable. According to the agreements, they should have created a football pitch elsewhere, before starting the work. As a result, there’s never even been a project, the pitch was “shortened”, and they left it to the council to put it back to a state where it can be used, at least by the younger children. The first team goes to play in other towns, because the pitch no longer satisfies regulations. And if Pedemontana say that the council should have built a link road first, I can only say that the council did its duty. They didn’t even have the decency to submit a project.”

You are now at the end of your mandate; what do you intend to do?
“I’m just waiting to establish the budget, then in April, we’re going to delegate the lawyer and denounce Lombardy Region and Pedemontana for damages and breach of contract. It’s clearly an institutional, but also a political act.”

In what way?
“Mayors are unable to talk with people higher up, if they’re not party members. This is unacceptable. I’ve always complained to politicians about the indifference of organisations superior to councils; mayors have been left to their own devices. The Pedemontana is only a strip of asphalt, if politicians don’t insist, work to return the territory to its former state is abandoned. That’s why we’re also going to denounce Lombardy Region.”

So is this the biggest regret of your second mandate?
“Yes, it is. The impossibility to have a true representative for the territory.”

And what do consider your success story to be?
“The council is not a real-estate business. The things you haven’t done are as important as those you have. As I often say, ‘Also this year, we didn’t do this work, because it was useless’. I’m happy to be able to leave with the administration enjoying a bit of credibility: after 10 years, you could say anything, but we’re leaving with a lot of respect from the people. In my opinion, the fact that Cislago council is still a point of reference is a success.”

Why aren’t you standing again?
“Because I want to give a clear message to the people, because if I were there, in any position, it would make the composition of the next administration unclear, and they have to have their authority, without any dark shadows.”

After ten years, won’t you miss all of this?
“Yes, I probably will miss all of this. Years ago, I accepted the job, for my own reasons, to create a society with the values that I believe in. I think I’ve succeeded, I can see it in relationships, I can see that the people have a direction, a common vision. This is why I feel I must also give a clear political example, like denouncing the Region and Pedemontana; I owe Cislago this.”