Wife donates her husband a kidney: ”She gave me back my life”

Max, who is affected by cystic fibrosis, had an urgent need of a transplant. His wife Melina didn't thought twice about it. It is a huge love that has overcome many obstacles. 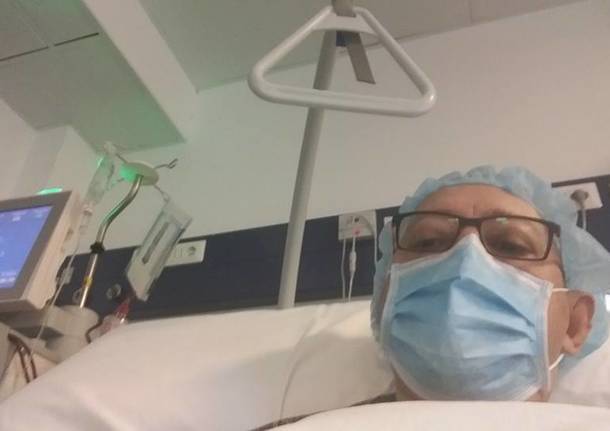 ”My wife gave me a part of her”. It is not a metaphor the one used. Max Guffanti, is a 52-year-old from Tradate: he left the operating theatre in the early afternoon on Tuesday 1st March, after undergoing a kidney transplant, an organ that his wife Melina donated to him.

The story of Max and Melina is complicated, and made of many sufferings but also, above all, of a huge, very huge love.

Max has cystic fibrosis, that was diagnosed when he was 30: he had to undergo the transplant of both of his lungs 9 years ago, but the anti-rejection drug harmed his kidneys, until the transplant was necessary. Melinda was one of the babies that was born with severe malformations because of Thalodomide, a drug that many pregnant women used to take in the 50s and 60s and that afterwards was recognised as responsible for genetic modifications on foetuses and so it was withdrawn from the market: she was born without both of the legs.

Max and Melina got to know each other 20 years ago, they were both hospitalised at Maugeri clinic in Tradate. Their love blossomed there and thanks to a physiotherapist that took care of them both. They even bought a home exactly in Tradate. When the problem to the kidneys of Max revealed itself, Melina immediately offered herself as a donor.

Now Max is fine. He has already eaten and can speak clearly and with energy from the hospital in which he was hospitalized after the transplant, the hospital San Matteo in Pavia. He said: “When a doctor talked to us about the donation by a person, who is still alive, for the first time, my wife immediately said that she was willing. It wasn’t easy to accept her decision because, although it was a wonderful thing, it could cause problems and I was filled with doubt. The Doctors in the hospital San Matteo followed us, also with the support of a psychologist. My wife Melina and I are 100% compatible and so we completed the preparation, which lasted six months, for the transplant. She is alright, of course some recovery days are necessary but for the time being everything is okay. I can’t thank her enough, the first thing I want to do when I will be able to get out of bed is hug her and tell her how much I love her. To know that I have a part of her in me gives me a very strong emotion, a powerful and indescribable feeling. Hers is an action that is worth double considering her situation, but she gave me serenity in every moments up to when she entered the operating room. She helped me a lot, and with her all our loved ones, relatives and friends who were always by our side. I hope that our story is a lesson for  many others, for those who can’t see the light of hope: to fight and be together even when facing an illness is fundamental. And the power of love is the most powerful thing in the world.”