Cars, pesticides and municipal dumps: what is polluting Lombardy?

ARPA have revised the yearbook of environmental data, identifying the main risk factors for Lombardy, from the best to the least known. 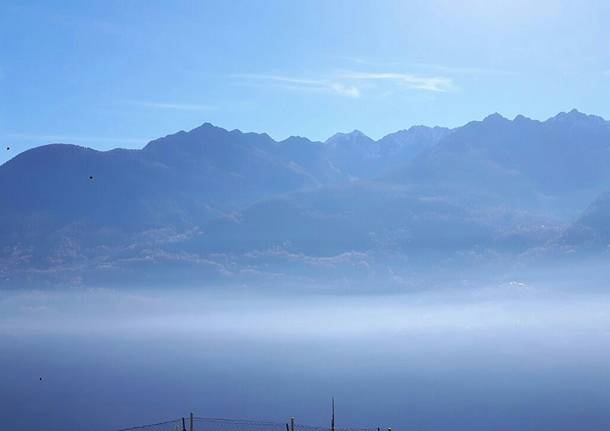 The air-quality is getting better

Let’s start with some good news: the air we breathe has improved considerably. “The emissions of the main pollutants have continued to decrease, and the atmospheric levels of some pollutants have shown a generally falling trend,” the ARPA spokesperson explained, while adding that there was one exception: the level of ozone is still increasing. “The overall air-quality, however, remains critical, particularly the atmospheric particulate matter and nitrogen dioxide,” and in this, “the Po valley basin is one of the most critical areas.”

This photo, by the astronaut Paolo Nespoli, shows the blanket of smog covering the Po valley basin.

Motor vehicle emissions have also continued to decrease, thanks to the renewal of the ever-increasing numbers of newer, more eco-friendly cars. In 2015, CO2 emissions had decreased substantially to a value of 115.1g of CO2 per kilometre, compared to 149.5g, 10 years before. “On the emission of harmful compounds,” ARPA explained, “the data relating to the Euro 6 vehicles registered in 2014 show that, for nitrogen oxides, a comparison of emission factors shows that diesel has considerably greater values than other types of fuel,” and non-methane volatile organic compounds show “high emission values for vehicles that run on petrol, followed by LPG and compressed natural gas.” The situation is different with respect to exhaust particulate matter: “Diesel has the highest values, closely followed by petrol. The two gas-based fuels have practically identical values, with an emission factor that is about 1/3 less than that of diesel.”

The quality of water

On water, the report explains that the quality goal for the ecological state nationwide is still very far from being achieved, given that only 43% of the rivers and 20% of the lakes satisfy this indicator. In Lombardy, the situation is a little different, with rivers more polluted (only 36% of them have achieved the goal) and the lakes healthier (64%). The chemical situation is distinctly better, with 75% of rivers and 48% of lakes achieving acceptable levels. In Lombardy, the data has improved even more, with 83% of rivers and 68% of lakes.

A photo of the foam that is periodically present on the Olona.

However, the level of pesticide contamination has not fallen. “Three hundred and seventy surface water monitoring points (23.8% of the total) are polluted,” ARPA explained, “with concentrations above the environmental quality limit; in the underground water, 276 points (8.6% of the total) are polluted,” although “notable differences between regions still remain, due to an uneven monitoring of polluting substances throughout the country.”

Inside urban centres, one of the main critical factors is noise pollution. This problem is so significant that, in 2016, 93 out of 100 checks of companies “were carried out following requests from the local population, and in 40.6% of cases, the legal limits were found to have been exceeded.” In July 2017, there were 595 cases of radio and television devices, and 109 cases of mobile radio stations exceeding the legal limits. The number of cases of legal limits being exceeded is decreasing, but only 59% of municipalities have approved a noise zoning plan, the main tool used for planning and managing noise pollution.

Urban waste production has increased by 2%. The national production per capita went from 487kg/person, in 2015, to 497kg/person, in 2016. However, Lombardy set a good example, with an increase of only 1%, and with a production per capita that is still 35kg lower below the national average (462kg/person).  Lombardy also has positive data concerning differentiated waste collection, with 59.3%, against a national average of only 52.5%.

According to ARPA, “The analysis of the data concerning management shows that, in 2016, 25% of the total urban waste production was disposed of in municipal dumps (about 15% in Lombardy). Thus, the municipal dump is not the most widespread form of waste management. Recycling of the various fractions from differentiated waste collection or from mechanical biological treatment plants achieved a total of 45% of the production. In 2016, the percentage of preparation for reuse and recycling, calculated for paper and cardboard, organic waste, glass, plastic, metal and wood, reached 47.7% of the total urban waste production.”