From Somma Lombardo to France: one man almost dies in an attempt to cross the Alps

After months of inactivity in Italy, a 23-year-old Ivorian resumed his march towards his dream: France. He found himself in a blizzard. 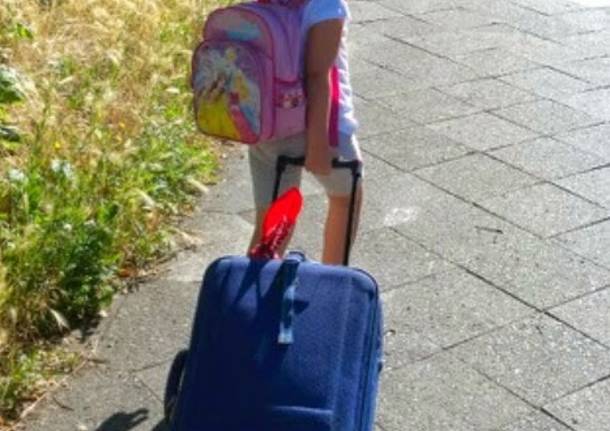 He set off from Somma Lombardo with one purpose only: to reach France, the dream of many French-speaking emigrants of Black Africa, who often have fellow countrymen if not family members already living in the Hexagon. However, at the most difficult part, he almost lost his life; he got lost in a blizzard, while trying to go through the mountain pass that runs along the border with France.

The protagonist in this story is a 23-year-old Ivorian man, who had left the Reception Centre in Somma Lombardo, a few days before. His “voluntary departure” did not set of any alarm bells at first (this is not uncommon; immigrants have two nights before they have to return, otherwise they lose the assistance). However, an operator at the Centre received a desperate SOS call: the 23-year old was “on the Piedmont Alps”, and together with two of his fellow countrymen, he had ended up in the middle of a blizzard. (archive photo: immigrants being assisted in Bardonecchia).

The woman went to the Carabinieri in Busto Arsizio, and they gave the alarm, focusing on the area of Bardonecchia, where the call had come from. The search was led by the Carabinieri stationed in the border town, and by members of the National Alpine Rescue Corps. In the end, the three emigrants were found in French territory, where they were assisted by the transalpine operators, and brought to safety, to a French hospital. They have now been admitted for precautionary reasons, but their lives are not in danger.

The route across the Alps is used a lot by emigrants (see here), who cross a lot of borders on their way to their final destinations, very often France or northern Europe. In Bardonecchia, in Ventimiglia and in Cuneo Province, there are also internationalist volunteer associations working, that help the emigrants on their journey, challenging the French authorities, in particular (some of them have even ended up on trial). They provide food and give timely indications to the paths across the mountains. These are sometimes the very same paths used by Italian emigrants when they went across the border to go to work illegally in France. The last Italian (the 87th), a Tuscan baker, died falling from a cliff in Ventimiglia while he was attempting to leave the country to look for work. That was in 1962.