Santa Caterina among the seven refreshing places of Lombardy

Water is the element that unites the destinations identified by InLombardia, the official tourist portal of the region. Santa Caterina is suggested as a place of peace and meditation. 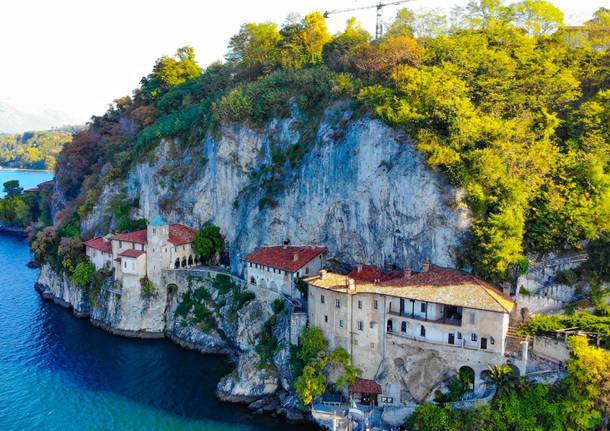 There is also the Eremo of Santa Caterina, which is undoubtedly a suggestive and peaceful place, among the destinations that the InLombardia portal, the official tourist website of the region, suggests to those that are looking for well-being, not only in a physical sense, but also in its widest meaning.

The Eremo is among the seven “detox” destinations that are to be discovered in Lombardy. The reason is as follows:

There are places that are hard to reach. They are places for which the journey is already relaxation and meditation. It takes 268 steps downhill and 80 uphill to reach the Eremo of Santa Caterina del Sasso, outside Leggiuno, in the territory of Varese. During the summer, there is also the boat and, for some time, an elevator. The slow approach gives a special taste to the visit of this monastic compound of the XIII century. It is composed of 3 buildings founded by a rich merchant, who is grateful for walking away from a shipwreck on the Lake Maggiore. Standing on the edge of the rock, art, history and a deep sense of peace merge.

Besides Santa Caterina, we can find other destinations ranked (the nearest, just outside of the province, is the Lake of Montorfano in the Coma region), which for different reasons allow the visitors to part with the everyday life and to regenerate thanks to the element that characterize them, between which, water is the star attraction, and thanks to their own position.

The seven relaxing places of Lombardy: