So life becomes “special”. On stage in Ville Ponti nine women like us

At Glocal, stories of Italians who have done exceptional things. Here are the protagonists of the night of November 10th at Ville Ponti "Women like us". 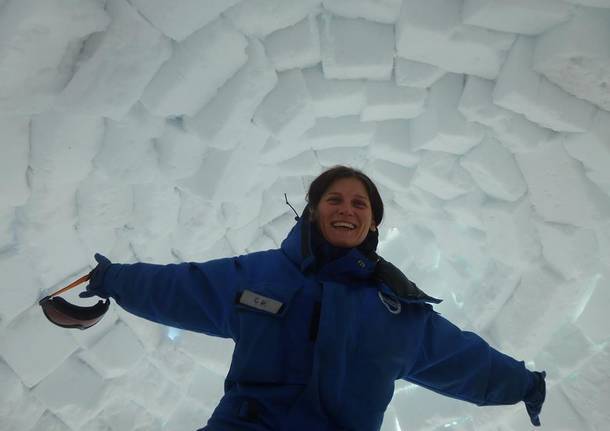 A talk show in which writers, journalists and influencers discuss how to talk about women in the media today, in public debates and in private conversations.  On stage, the stories of some of the protagonists of the book Women like us will alternate: 100 stories of Italian women who have done exceptional things (Sperling & Kupfer): athletes, scientists, economists who in a few minutes will tell their way of being women beyond stereotypes.

“Women like us”, the appointment with the evening dedicated to “women looking for inspiration” is for Saturday, November 10th at Ville Ponti.

The book was written by the editorial staff of Donna Moderna: 34 journalists told 100 stories of contemporary Italians who, in their personal or professional journey, have done something important.  With courage, competence and tenacity..

WHO ARE THE PROTAGONISTS OF THE EVENING.

Graduated in Primary Education Sciences at the Catholic University of the Sacred Heart of Milan with a thesis in Family Psychology “Relations and Behaviors at Risk in Adolescence” (110 with laude), she has been the Italian testimonial for the prevention against the use of drugs for 11 years.  Her  work consists in meeting students from schools all over Italy, from 11 to 21 years old.  Moreover, during the evening meetings open to the public, she talks with parents, educators and professionals in the field.  She is the author of the two books “Do you want to transgress? don’t do yourself!” and “I don’t stop”,” life is a blast”.

Rossella Boriosi, born in 1966, in Milan and lives in Perugia  by choice, vents her paturnias on the web and wherever they are requested – mainly in magazines dedicated to parenting (GenitoriCrescono, Blogmamma, Sm(all)Families) and in women’s blogs (La 27esima Ora, Style.it).  Her decompression chamber is called Grimilde, the personal blog where she collects the stories and points of view of people of the age in the middle.  Which is not the middle age.

Daniela Collu is an Italian TV author, TV host and radio host, also known on the internet as @Stazzitta, from the name of her blog (here we talk about her)

The first woman in the world to win the prestigious “Grand Prix de direction d’orchestre” at the Besançon International Competition (President of the jury Manuel Rosenthal), Critics’ Prize at the Prokofiev Competition in St. Petersburg and the only winner of the Robert Blot Competition in Paris, Silvia Massarelli studied at the Conservatorio di Musica Santa Cecilia in Rome with Bruno Aprea and at the Conservatoire National Supérieur de Musique de Paris, where she graduated with top marks unanimously.

Annalisa Monfreda has been editor-in-chief since 2013 of the weekly magazine Donna Moderna, the best-selling women’s magazine in Italy.  Since 2015 she has also taken over the running of the weekly Starbene.

Chiara Montanari (in the picture)

Passionate about travelling, she has a degree in engineering and 15 years of experience in the organization and management of polar missions.  She has undertaken five missions in Antarctica: she was (as Expedition Leader) in charge of missions to the most extreme international research bases on the planet.  For some years now, she has focused her interests on the impact of the exponential changes we are experiencing (on individuals, on the way we work in groups and on the ecosystem).  (here’s her blog)

Roberta Mori was born on 9 September 1971 in Castelnovo di Sotto (Reggio Emilia), where she lives.  Graduated in Law and enrolled in the Bar Association of Reggio Emilia, she attended numerous training and specialization courses.  From 13 June 1999 to 7 May 2009 she was mayor of Castelnovo di Sotto and from June 2009 to May 2010 provincial councillor.  Elected regional councillor in 2010, she has been president, since July 26, 2011, of the VII Standing Committee “for the promotion of conditions of full equality between women and men”.  Since January 2013, she has been the national coordinator of regional equal opportunities bodies.

Always passionate about information and languages, she studied Communication Sciences in Rome and began a career in the major marketing communications agencies.  After a first visit to Milan, where he began to deal with marketing and communication at an international level for Procter & Gamble, she moved to Paris where he spent 8 years and became Managing Director of one of the agencies of the OMNICOM Group.  In 2014, she returned to Italy to become Head of Marketing Communications and Media in Luxottica.  In 2018, she founded Diversity & Inclusion Speaking, a programme dedicated to companies to discover and overcome the stereotypes conveyed by languages, used both inside and outside the organizations.

Paola Francesca Rivaro, 49, is an associate professor at the University of Genoa, in the Department of Chemistry, and since 1994 she has already visited the South Pole seven times to carry out her research on global climate change.  A degree in biology, a doctorate in marine environmental sciences, in 1994 Paola Rivaro was contacted by Pnra, the national research program in Antarctica, to participate in a two-month expedition to the continent of ice.

Writer and marriage lawyer.  She studied law at Federico II in Naples, she is a lawyer.  She writes a lot of life on social networks and surroundings.  With Einaudi she published in 2016 the novel L’amore è eterno finché non risponde.