The charm of Villa del Balbianello, from Star Wars to the Bollywood wedding

It has been FAI property most visited by tourists this year and in a few days time, it will host the wedding between Deepika Padukone and Ranveer Singh, two Indian stars with millions of followers. 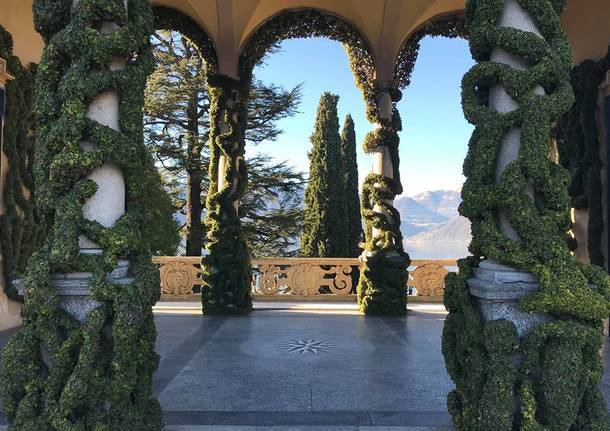 It has been the property of FAI that was most visited by tourists this year and it is getting ready, according to what was announced by the Indian press, to host one of the most awaited events in the world of International gossip: the wedding between the Bollywood stars Deepika Padukone and Ranveer Singh.

Villa del Balbaniello in Tremezzina, Como, is the splendid location that was chosen for the ceremony, which will be held on November 14 and 15 and will bring lots of guests to the Lake, among which, plenty of important celebrities (they are just rumors, but according to the leaks reported by the Indian newspapers, among the guests there might be also Madonna, Elton John and Tom Cruise).

The event will be a very prestigious showcase for the Villa, just think that the couple have more than 40 million followers just on Instagram.

The most awaited wedding of Bollywood is, for Lake Como, only the last of a series of occasions, which have brought to the territory famous people of all kinds, from the stars of the big screen to the champions of International sport.

The latest, in order of time, was Mick Jagger, but before him, just to tell some names, during the summer, Jennifer Aniston and Adam Sandler, Cristiano Ronaldo, the Duke and Duchess of Sussex, Harry and Meghan, the frontman of Aerosmith, Steven Tyler visited Lake Como. A parade of celebrities, without certainly forgetting the Clooney family, which confirms the international vocation of this location in Northern Italy and which, also thanks to the media and the social network, increase its fame, prestige and, of course, a significant improvement in economic activities.

For ‘Villa del Balbianello’, the wedding between the Bollywood actors will be the end of a year marked by excellent results: with over 116,000 visitors, the residence on the Lake Lario is the most visited place of the FAI (National Trust for Italy).

Of the total number of visitors, 85,000 were foreigners, mostly from United States, Great Britain and Australia, but also from India, Brazil, Israel and Indonesia. The weddings hosted 120 people.

Finally, a curiosity about the place: it is not only the charming and strategic position that make this wonderful residence unique and well known. Its fame is also due to the big screen. Villa del Balbianello was the backdrop to memorable scenes from some great films such as Star Wars: Episode II – Attack of Clones by George Lucas (2002) and Casino Royale by Martin Campbell (2006) with Daniel Craig.