Nativity scenes in the Region, there is also one from Porto Valtravaglia

The Mariuccia Nursery School is also contributing to the initiative begun by some children with health problems. 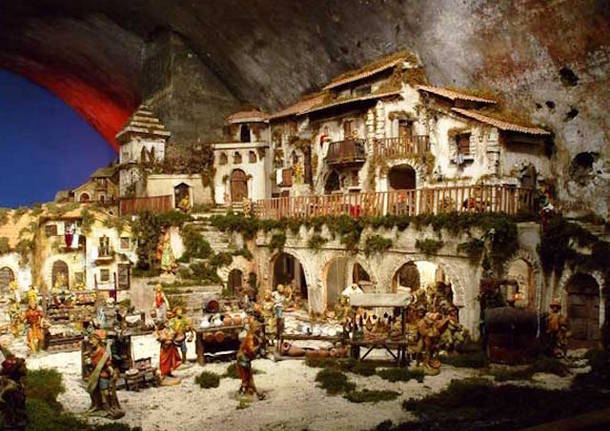 “From an initiative, like the exhibition of nativity scenes made by children who are sick, in care or with disabilities, which we are going to extend next year, there are encouraging signs and a lot of ideas. The main message it provides is that Christmas is coming, with the portrayal the Christian meaning of life, and although the children of the eight nativity scenes on display received the same materials from the friends of Assogiocattoli, they had fun expressing the signs of suffering and need, but also of openness and hope that they show everyone.”

This is what the Regional Councillor for Social, Housing and Disability Policies, Stefano Bolognini, said a short while ago at the Observation Point on the 39th floor, at the presentation of the exhibition ‘Children’s Nativity Scenes’, joined by the Vice-President and Director of the association Assogiocattoli, Gianfranco Ranieri and Paolo Taverna. From today, the regional headquarters will be well worth a visit, until 6 p.m., with one of the initiatives for Christmas prepared by President Lorenzo Fontana’s council at Palazzo Lombardia.

THE EXHIBITION WILL REMAIN OPEN UNTIL EPIPHANY – “Until Epiphany, you’ll be able to see these nativity scenes in the entrances of Palazzo Lombardia and at the nursery school, and in the office of the presidency,” Bolognini explained.

“Nativity scenes bring everyone a message of peace and of hope,” Ranieri, the Vice-President of Assogiocattoli, in Lombardy, said. “We want to keep this tradition alive, as it enables us to give value to one of the typical products of Italian craftsmanship and small industry.”

“HOSPITALS, PURCHASE THE TOYS PRESENTED” – “I want to thank

Assogiocattoli for their precious collaboration,” Bolognini concluded. “With so many hospital managers here, this is an opportunity for me to launch the idea of including the toys we presented at the Toy Fair in the play areas of their wards, as they also help to include children with disabilities. Playing is an excellent way of achieving social inclusion, which is confirmed by the 82 inclusion parks that councils are creating in Lombardy, with contributions from my department.”

THE ORGANISATIONS THAT HAVE JOINED THE INITIATIVE – There are eight organisations in Lombardy Region (hospitals, institutions and associations) that were quick to welcomed the initiative:

– the association “La Tenda onlus”, in Novate Milanese, near Milan;