The “Sacra di San Michele” is one of the places that can be visited, accompanied by a guide, as part of an event dedicated to Piedmont’s historical and artistic heritage 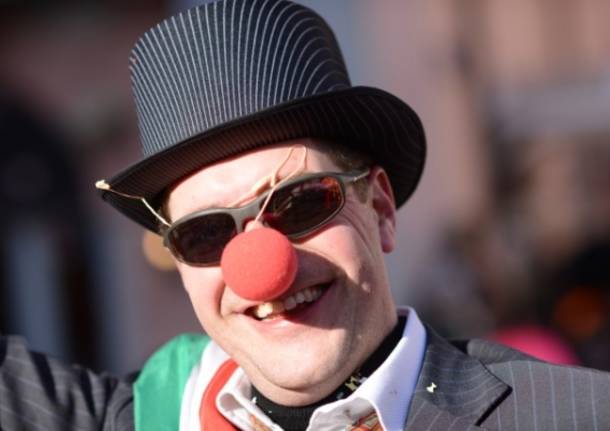 There is also the “Sacra di San Michele” (photo by Elio Pallard), the abbey in the Susa Valley, that inspired Umberto Eco as he was writing the novel The Name of the Rose, among the places that can be visited this weekend, as part of the event dedicated to Romanesque Piedmont. The initiative, which is being promoted by Piedmont Region, has an interesting itinerary, that includes churches, monasteries, crypts and monuments that are full of charm, art, history and mystery. 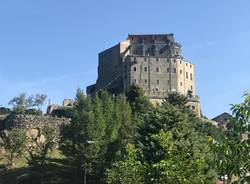 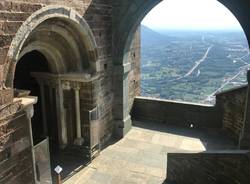 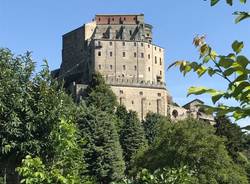 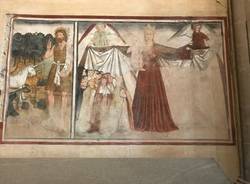 On Sunday 14 April, a number of guided tours were organised to discover this place, which is symbolic of the art and culture of Piedmont.

What to see at the Sacra di San Michele

The Sacra di San Michele is an ancient abbey that was built between 983 and 987 on the top of Mount Pirchiriano, 40 km from Turin. From the top of its towers, you can admire the capital of Piedmont and a breath-taking view of the Susa Valley. Inside the main church of the Sacra, which dates back to the 12th century, members of the royal family of the House of Savoy are buried. Dedicated to the Cult of the Archangel St Michael, the defender of the Christian people, the Sacra di San Michele is part of a 2000-km pilgrims’ way that goes from Mont Saint-Michel, in France, to Monte Sant’Angelo, in Puglia. The history, spiritual value and landscape that surround it make the Sacra a popular destination for visitors from all over Europe, including pilgrims, believers, tourists, but also sportspeople who want to test themselves, climbing or mountain biking.

The Sacra di San Michele has visits and events organised by the religious community, collaborators and volunteers, in every month of the year. The various places of historical, architectural and pictorial interest are also accessible to the disabled.

In the Sacra di San Michele, history, art and culture have an immediate impact for visitors of all ages. First of all, you can enjoy the nature, and, as you climb, the splendid view and the imposing mountain side. Once you reach the entrance to the Abbey, the Sacra is ready to reveal some of its most evocative elements: the statue of the Archangel St Michael, created by the South Tyrolean sculptor Paul dë Doss-Moroder, the Stairway of the Dead with the Zodiac Portal, and the legendary Tower of Bell’Alda. During the special visits, on the first Saturday of the month, you can also enter the Museum of Daily Life, which contains objects that were used in days gone by, the library, which contains about 10,000 books, the ancient halls of the House of Savoy and more tombs, arches, doorways and paintings to be discovered, in the company of A.Vo.Sacra volunteers.

(From the official website of the Sacra di San Michele)

The Sacra and The Name of the Rose

The Sacra, which is perched on the top of Mount Pirchiriano, inspired Umberto Eco when he was writing his most famous novel, The Name of the Rose. For the scriptorium, Eco was inspired by the Abbey of San Colombano, in Bobbio, and for the library, by the Abbey of San Gallo, in Switzerland.

Jean-Jacques Annaud’s 1986 film, with Sean Connery as William of Baskerville, was also supposed to be set in the Sacra, but then the producers chose a different location. The film was shot in the studios of Cinecittà, in Rome, for the exterior scenes, and the Abbey of Eberbach, in Germany, for the interior scenes.

The 2019 mini-series based on the novel, which was created and directed by Giacomo Battiato for RAI Fiction and Tele München, was shot in Abruzzo, at the gorges of Fara San Martino, at Roccamorice, at the hermitage of Santo Spirito, in Majella, and at the castle of Roccascalegna. The scenes also include glimpses of Perugia and Bevagna. Churches and cloisters were reconstructed in the studios of Cinecittà, in Rome, other scenes were filmed in the archaeological-natural park of Vulci, in the territory of Montalto di Castro and in the Cultural Archaeological Park of Tusculum.

A fire broke out on the night of 24 January, 2018, causing considerable damage to the oldest part of the complex, the flames spread to the roof of the Sacra’s Old Monastery.

Info for the Romanesque Piedmont visits