Insubria University had not been founded yet, and economics courses were linked to Pavia. Luca still remembers the experience in Madrid that was fundamental for his life 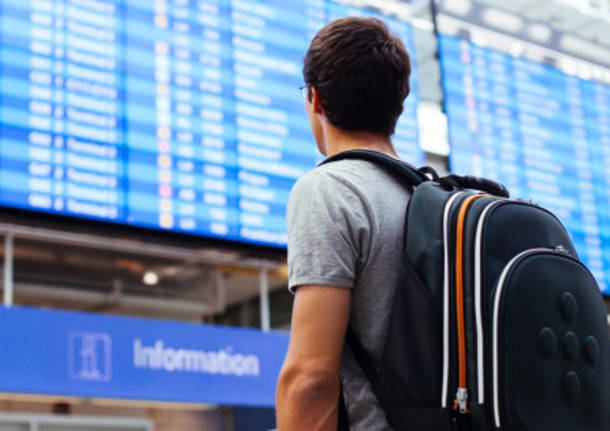 Insubria University was still just an idea. A budding project that was taking shape, with courses organised “off campus”.

It was the academic year 1993-1994, and Luca Novelli was a student from Varese, in the Faculty of Economics and Commerce, which had opened in Varese under the direction of Pavia University. It was still an “old-style” course, before the advent of the “3 + 2” model. The atmosphere was buzzing, as Alberto Sdralevich, the dean at the time, recalled, because a new academic institution was being created.

The university course had arrived in Varese the previous year, but there were already a wide range of facilities available to students. “I think I was in the first group of Erasmus participants from our university (1993/94), from Varese Economics to the Universidad Autonoma, in Madrid. It was such an important experience in my life.”

More than 25 years later, the graduate in economics and commerce, who is now an established manager, still remembers his decision with enthusiasm. “From my little, beloved Varese, I flew to the Spanish metropolis. Different models of study, a university campus on which to study, so much sport and lots of parties. Not only do I have an indelible memory, but I still have many friendships that were formed in those days. Like my Dutch friend, who I met during Erasmus, who was a guest at my house, with his family, two weeks ago …”

It seems such a long time ago; globalisation was unheard of, Europe was emerging on the model defined in Maastricht, the Italian university was opening many doors. “I think my ‘CV’ earned me points in the first interviews, thanks to Erasmus,” said Luca. “To be honest, at the time, I was well aware that experience abroad could give me a lot, in terms of studying, learning another language and from the point of view of practical life. Especially for people, like me, from a small university, living at home with their families. It was a way of learning to deal with a larger world.”

It was not easy to leave, but back in 1993, although the Varese course was committed to becoming autonomous and taking off, student services were organised meticulously. “It was a seamless experience, well monitored by the Erasmus services, both in Madrid and in Varese. The Erasmus coordinating lecturer recommended the experience to us and I can’t remember any lecturers that were against that decision. On the other hand, a good curriculum enabled us to take the same exams. University isn’t a race against the clock, but getting experience that prepares you for work and life. Moreover, for a university, being a full member of the Erasmus project was a sign of prestige, it was positive for the development of the faculty.”

Friends, fun, knowledge and independence were what helped to shape the person Luca is today. This is why he recommends students leave. “Go and have these experiences. They’ll always be useful to you, from a professional and human point of view. Good luck guys!”

After 25 years, the Erasmus experience can still be felt.