Dolphins and whales in captivity, the breakthrough of TripAdvisor for the protection of animals.

The new policy requires that the website no longer sells tickets for or profits from attractions who continue to contribute to captivity of the future generations of cetaceans. 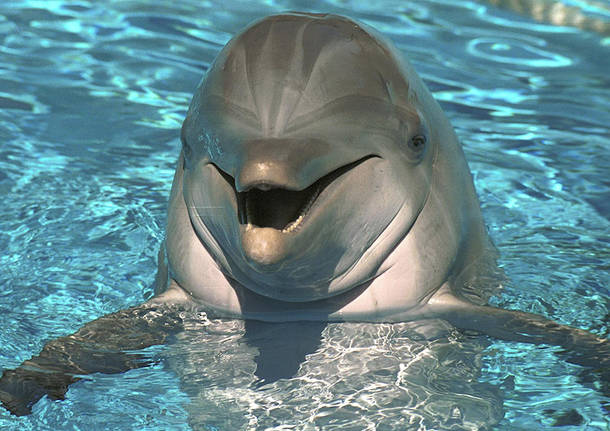 TripAdvisor has decided and has announced that it will no longer sell tickets nor will it profit from attractions that continue to contribute to the captivity of future generations of cetaceans (whales, dolphins and porpoise.) Therefore, any activity business that raise or import cetaceans to show them to the public will no longer have the possibility to sell tickets on TripAdvisor and Viator.

Products that can be purchased at the moment on the website and that aren’t in line with the new legislation will be removed in the coming months and the policy will be effective completely until the end of 2019. The new policy will not be applied to the “sanctuaries of sea” that take care of cetaceans already in captivity. The decision was taken afterwards with a detailed process of consultations with different experts including marine biologists, zoologists and environmentalists and it considered of scientific evidence and the arguments presented by various parties involved.

It is the reappointment of the undertaking of TripAdvisor in improving the welfare of animals worldwide and, particularly, in tourism. “The evidences that have been submitted to us by experts have been persuasive. Whales and dolphins don’t prosper in closed environment in captivity and we hope that in the future these animals can live as they should, free and in their natural environment. We believe that the current generation of whales and dolphins who live in captivity should be the last and we hope that this position will be adopted more widely in the travel industry,” has commented Dermot Halpin, President, TripAdvisor Experiences and Rentals. Environmental groups and animal welfare experts have welcomed this initiative as an important step forward. “TripAdvisor is on the right side of the story,” said Doctor Naomi Rose, who is an expert on marine mammals at the Animal Welfare Institute. “Whales and dolphins cannot thrive in captivity and sensitibe tourists no longer tolerate the exploitation of these intelligent and socially complex marine predators for simple human entertainment”.

“This is a clear message for other companies in the travel industry. We must stop this cruel practice once and for all” said Nick Stewart, Global Head of Wildlife, Dolphins, World Animal Protection. “If we are united, we can make this the last generation of dolphins living in captivity for entertainment.”

“Our goal is not only to prevent new generations of whales and dolphins from growing up in captivity, but also to encourage the industry to consider alternative models such as ‘sea sanctuaries’ that better meet the needs of animals already in captivity,” added Dermot Halpin, President, TripAdvisor Experiences and Rentals. “Sea sanctuaries have enormous potential but need more support from the tourism industry. As long as facilities with whales and dolphins in captivity continue to profit from keeping these animals in smaller, cheaper and less natural environments, they will not have enough incentives to embrace a serious change. We hope that our announcement today will help to change this trend.”

Today’s announcement is the latest addition to TripAdvisor’s animal welfare policy. The policy, launched in 2016, already commits TripAdvisor and its subsidiary brand Viator to not selling tickets for experiences where travelers come into physical contact with wildlife, such as riding elephants or caressing tigers. Further integrations were made in 2018 when TripAdvisor stopped selling tickets for shows and performances, which were demeaning to animals.