Only two inns in the province have been included, both in the mountains: they are the reconfirmed “El Barchet”, in Monteviasco, and the absolute new entry of Osteria Irma, on Campo dei Fiori, in Varese. 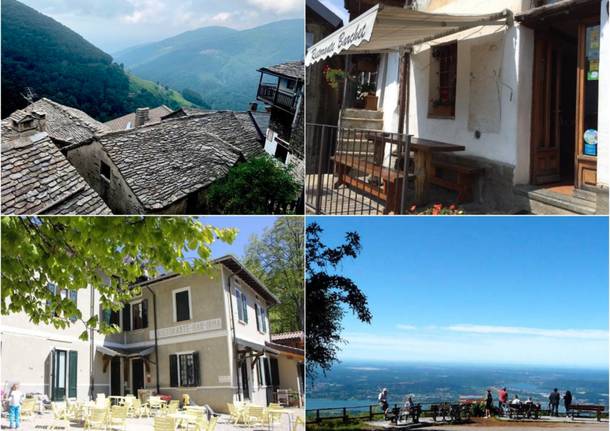 The 2020 Osterie d’Italia (Inns of Italy) guide, which was published a few days ago, does not contain many representatives of the province, but those there are, are very special.

And the new entry can be found at the top of Mount Campo dei Fiori: Osteria Irma, which came under new management in 2017, has achieved a place in the popular, prestigious guide, after only two years.

The second inn representing the province is the reconfirmed “El Barchet”, in Monteviasco, which has been listed in the guide for several years; this is a great acknowledgement for the restaurant, which has been semi-isolated for a year now (since the cable car tragically stopped running, it has been reachable only on foot).

So, if you want to sample the specialties promoted by the Slow Food Guide, this year, you had better put on a pair of hiking boots, especially for a nice, after-lunch walk; Osteria Irma, which can be reached by car, stands at 1147 m above sea level, and many paths in the Campo dei Fiori Park pass nearby.

The only way to El Barchet, with the cable car closed, is a long climb that goes from the bottom of the valley to the hamlet of Curiglia, at 950 m above sea level. The “invigorating” 45-minute walk will certainly give you an appetite for polenta and wild boar, one of their specialities.