The Langa of Barolo

Among the routes suggested by the Langhe and Roero consortium, we recommend to you the one that crosses the places where one of the most renowned wines in the world is produced. 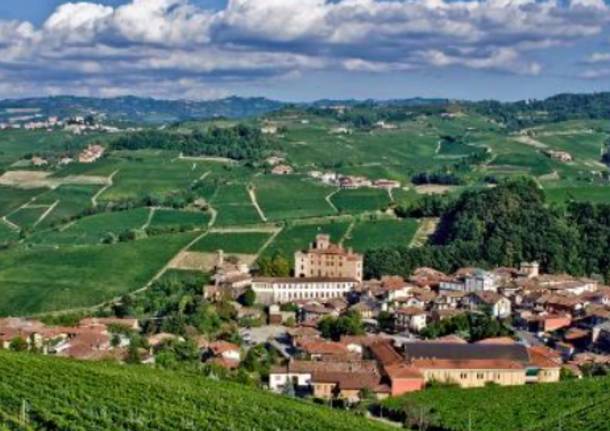 A journey in the villages and among the vineyards of Barolo.

The Langhe and Roero touristic consortium proposes a number of routes to discover the Piedmont lands, where, thanks to tradition and skill, not only some of the most favourite and renowned wines of Italy are produced.

Among these, we recommend the itinerary to discover the “Langa del Barolo”, which is a wine with a controlled and guaranteed designation of origin, one of the most popular in the world. The first delimitation of the lands of Barolo dates back to August 31st, 1933 and includes the territories of: Barolo, Castiglione Falletto and Serralunga d’Alba and also part of the territories of the municipalities of La Morra, Monforte d’Alba, Roddi, Verduno, Cherasco, Diano d’Alba, Novello and Grinzane Cavour in the province of Cuneo. The Barolo, made from Nebbiolo grapes, requires an ageing of at least 38 months and boasts a very unique tradition and history.

THE LANGA OF BAROLO *

The first stop is Roddi, with its castle where you can find Cooking Classes and the University of Truffle Dogs. Crossing the valley of the Tanaro, we move to Verduno, for a stop at the “Bottega del Vino” and a first glance from the Belvedere (a viewpoint). But the sea of vineyards can be admired from La Morra, a typical Langhe village, enriched by some jewels of Piedmontese Baroque. After you set off again, we suggest you a short detour to the Chapel of Barolo, whose colours stand out among the vineyards.

Then we return to Barolo, where we are welcomed by the massive Falletti Castle, where you can also find the Wine Museum and the Regional Wine Cellar. Walking through the centre, you can’t miss the odd Corkscrew Museum! We get in the car again, and head to Monforte, to enjoy the village and its open-air Auditorium. To complete the tour, don’t miss Serralunga, which has a 14th century fortress, and Grinzane Cavour, in which the first Piedmontese Regional Wine Cellar was founded, which now is a UNESCO World Heritage Site.