Travelling in New York: the musicals of Broadway

Among the people who stop in the city even just for a few days, one of the most favourite and trendy activities is to watch one of the shows in Broadway, the district of the city in which every day some of the most interesting and successful musicals and plays in the world go on stage. 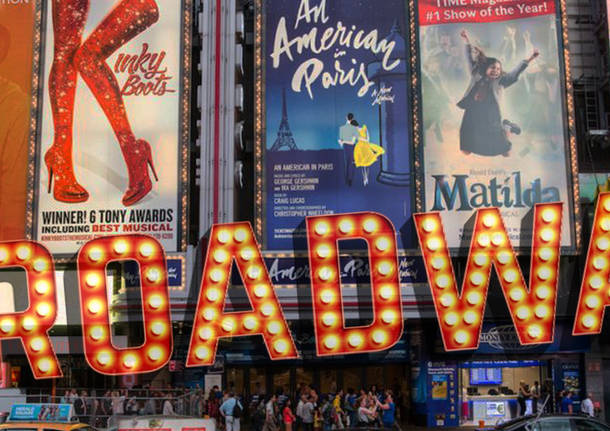 For the people who stay in New York there are a lot of things to do and to see, between visits to the most famous structures of the city, museums and parks you are just spoilt for chance. Among the people who stop in the city even just for a few days, one of the most favourite and trendy activities is to watch one of the shows in Broadway, the district of the city in which every day some of the most interesting and successful musicals and plays in the world go on stage.

Why watch a musical?

We are talking about a once in a lifetime experience: seeing one of the shows in Broadway. Today, there are many Italians who spend a holiday in New York or who stop in the city for work reasons. During the hours in the evening, the activities that you can do over the day are often impossible, as happens for example in some shops or in the principal museums. Even if the night in New York is only one, taking the opportunity of your free-time to go to Broadway it is of course an opportunity not to lose. This lets you live completely the city and experience all the magic that only Broadway can give you.

Tickets for Broadway: how, where and when

Wishing to assist at a show in Broadway is one thing, managing to do it is not so easy as it seems, especially if you hope to buy the tickets in Broadway. In fact, many of the shows are sold out in few days, so it is convenient to book them. Today, you can also do it directly at home, before leaving, taking advantage of the service that Hello Tickets gives you. Usually, you know in time the period in which you will spend a few days in New York; while you are organizing your days in the city, you can take the opportunity to look also at the posters of Broadway, booking in advance it will be possible to get a seat also for the most awaited seasonal shows. Furthermore, you will not have to queue to get a ticket, as people do when they buy them directly out of the theatres of Broadway.

Organizing at your best

Even if you have your ticket in your hands, it is good to arrive with early in the theatre; that that suffer the cold must also remember that the air conditioning is often very cold inside, especially during summer months and spring months. Since it is possible to choose your seats for some shows, the best are those that are situated in the central zone, close to the orchestra. From the mezzanine floor, you are far from the stage, but you can fully enjoy of the most spectacular choreographies. During shows it is possible to buy drinks and sweets; if you have the patience to wait, Broadway is next to Times Square, a district with many venues that are open till late.

The most appreciated shows in Broadway currently are: The Lion King, a musical that is dedicated to the famous saga, that is set in the African savannah, with unforgettable musical compositions and exhilarating choreographies. Aladdin, it is a very nice fairy tale in a costume and unforgettable special effects. The Phantom of the Opera, there are wonderful sets for an unforgettable experience. Wicked, it is the story of the witch of “the Wizard of Oz”.