Villa del Balbianello, the most visited Fai property in Italy

More than 135,000 tickets and a growing number of visitors to the villa on the Lake Como. The new challenge: the seasonal adjustment and a greater openness. 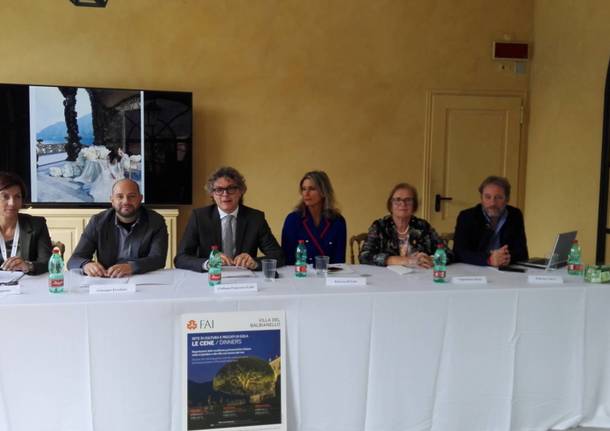 For the fifth consecutive year, Villa del Balbianello is the most visited Fai property in Italy. 2019 will end with more than 135,000 tickets sold, an increasing number that gives joy to those who work but at the same time requires great care and new initiatives.

The results were unveiled this morning, in the beautiful villa overlooking Lake Como: “At the end of a summer season in which Villa del Balbianello has once again broken the attendance record, we invest further in seasonal adjustment, confirming the extension of the openings until the Epiphany with a series of initiatives thought with and for the territory, so that visitors could feel the fascination of winter on Lake Como”, explained Giuliano Galli, General Manager Fai Lombardia Prealpina. “We want to take up this challenge because it is good for the territory, but also in the hope of a better distribution of the visitors”. So Villa del Balbianello will remain open for the whole year with a stop only in January and February.

A place of weddings, this year one hundred and twenty, and the most particular was that of two spouses that spent six hours in the villa decorated with a thousand roses and eight hundred hydrangeas, the villa attracts tourists from all over the world and many famous people, some of the calibre of Dan Brown.

The fabulous results obtained in the classic season spring-summer see again this year Villa del Balbianello, for the fifth consecutive time, as the most visited Fai property with a new record of 120,000 attendances recorded at the end of September, mainly from Great Britain, France, United States, China, Thailand, eastern Europe and many from India, because of the clamour caused by a wedding in the Villa, a year ago, between the two most beloved Indian actors of Bollywood, Ranveer Singh and Deepika Padukone. There was also a touristic group of 20 people from Antigua, a Caribbean isle in the Lesser Antilles. The days with most attendances this year were: 13 August (1,366 visitors), 15 September (1,332) and 20 September (1,325). Among the events hosted, the most numerous are always the weddings. In 2019 there were about 120 and there are already 60 reservations and several requests for 2021 and also 2022. There are those who ask for a magnificent ceremony and those who prefers a more intimate celebration, but for everyone the attraction of the location is priceless.

The fascination of the winter in Villa del Balbianello

The cribs, from Naples to Tremezzina

Tradition all over Italy, in Tremezzina the cribs become something special because they combine the wonder of Christmas with the astonishment of one of the “most beautiful small villages” of the country, in an itinerary of spirituality, creativity, art and nature that put in the middle Villa del Balbianello. Special event on Saturday 8 December when the doors of the Villa will open exceptionally from 8.30 p.m. to 10.30 p.m. for La Notte dei Presepi, an event that will see the inauguration of some spectacular cribs made by the Associazione Italiana Amici del Presepe Sezione Tremezzina with which is active a multiannual collaboration. In the elegant and romantic residence, open to visitors in open house mode from 8.30 p.m. to 9.30 p.m., from which you can enjoy an enchanting view of the Lario, visitors can admire the art of the crib from different perspectives: in the loggia Segrè, there will be exposed the Neapolitan cribs including the works of Maestro Giuseppe Ercolano, while in the loggia Durini there will be paper cribs from Tremezzina and from the world. At 9.30 p.m. there will be a concert under the stars with degustation of panettone and mulled wine. You can access the Villa through the pedestrian path lit by lanterns or by Lake with a paid service Taxi boat from Lido di Lenno. The visits to the cribs will continue until Epiphany.

The visibility of Villa del Balbianello is also increased by the extraordinary results of its social channels, thanks to the renewal of the Facebook page (https://www.facebook.com/villadelbalbianello/) which has seen an increase in followers in a continuous and steady growth, up to 15,000 followers. This is due to an intense campaign with posts frequently published (in Italian and in English) to promote the visits with images of special charm and to underline special occasions.

Villa del Balbianello has intensified the relationship with the schools of the territory in order to establish even more productive collaborations and synergies through the school-work alternation programmes, in which several high school students participate, in particular from March to September. The schools are both from the city of Como and Tremezzina, but some students come from outside of the province: Istituto Orsoline San Carlo Como, Liceo Nervi-Ferrari Morbegno, Istituto Vanoni Menaggio, Istituto Caio Plinio Como, Liceo Paolo Giovio Como, Istituto tecnico agrario Fondazione Minoprio.

Once again this year the initiative Sete di cultura e peccati di gola (Thirst for culture and sins of gluttony) is being renewed. It is a series of evenings to be lived in total relax, with elegant theme dinners, degustation of Italian gastronomic excellence, visits to the garden and the interior of the Villa and live music. First event Friday, October 4 with Le Saline Conti Vecchi meet Balbianello with Sardinian cuisine and Sardinian wines, to discover the gastronomic excellence of Sardinia; then Friday, October 11 with Il Castello Di Avio meet Balbianello with Trentino cuisine and wines, in which the protagonists will be the regional traditions of Trentino Alto Adige; and finally Friday, October 18 will be on stage Marche, with L’Orto sul Colle Dell’Infinito meet Balbianello with cuisine and wines from Marche. Not to be missed Saturday, November 16, A cena dal Conte Monzino as part of the exhibition Tremezzina gastronomic. It will also be an opportunity to learn more about a great character that spent most of his life in the Villa, thanks to the docu-film “Guido Monzino: the last explorer” which you can watch during the visit, and which represent the images of the expeditions that Monzino himself make filmed by the greatest operators of the time. For all evenings: arrival by lake from Lido di Lenno included in the price. At 7.00 p.m. Reservation required m.sormani@fondoambiente.it