“Cucinare al fresco”, the recipe book made by convicts is now available in all newsstands

“Cucinare al fresco” (“cooking in jail”) is the project that has been born in Varese’s prison and it returns with a series of autumnal recipes. All proceeds from sales will be used to publish new issues of the magazine 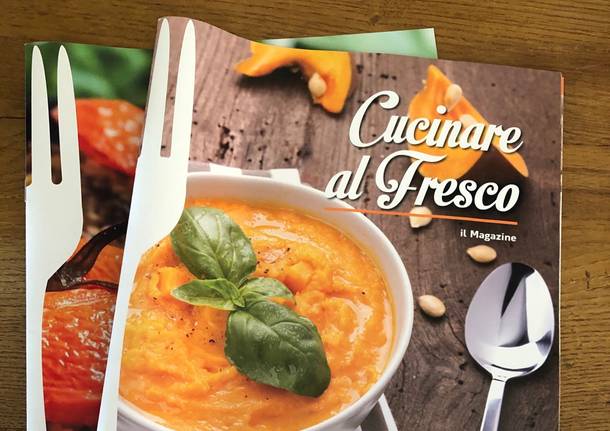 Do you need ideas for a lunch with friends? Or maybe for a Sunday with your family? There is nothing to worry about because a new issue of the magazine “Cucinare al fresco” is back on the newsstands. It is a particular cooking magazine because, with the coordination of Arianna Augustoni, there are the convicts of some Lombard detention centres behind the stoves.

“Cucinare al fresco,” explains the director of the Detention Centre of Varese, Carla Santandrea, “was born from a laboratory created inside Varese’s prison as an experience to get back in the game through cooking, which has been chosen as a language that can unite and as an idea through which convicts make progress for a future redemption”. The second issue of the magazine “Cucinare al fresco” is back with a stronger value and with an all-autumn graphic layout, involving some convicts of Miogni in Varese, together with the two groups of Como/Bassone and the women’s section of Bollate. This initiative boasts the support of Virginio Ambrosini, historical volunteer of Varese’s Detention Centre and moving force of many cooking laboratory.

This is a re-establishment and, most of all, a writing project because, though these lessons, convicts not only have to approach stoves, but they also have to write their own ideas, above all when it comes to food preferences, memories, smells, and flavours. It is a drill that involves everybody with different roles and in which people can speak about experiences and ideas.

In the latest magazine you will find dishes based on typical autumn products, the cassoeula alla pavese, but also the Chilean version, cakes with chestnuts and pasta with pumpkin. The project is supported by the Lions Club of Cernobbio, twenty-four pages of flavors and knowledge because the kitchen is a journey of sensations and fragrances that unite all. For this issue, an exceptional contribution, the one of ex Prison Authority of Lombardy, Luigi Pagano, who agreed to write the preface explaining the importance of these initiatives.

“The laboratory ‘Cucinare al fresco’ is a synthesis of the importance of food in prison, and therefore not a simple entertainment to deceive that infinite and often useless time that prison generates,” explains Luigi Pagano, historical director of the Prison Authority in Lombardy. “It is no coincidence that among the various projects that we have proposed again and again as an administration, there has been the creation of autonomous kitchens in each department of which the largest and most crowded institutions are composed, combining it with professional training courses so that the food was qualitatively better and as close as possible to the tastes of the prisoners. Those who think that we have induced ourselves to realize the superfluous because we cannot guarantee normality, a luxury that a prison cannot afford thinking of the many other things that are not going on, reflect only on one fact: the dozens, sometimes hundreds of ethnic groups present, the different religions professed that they can impose rules regarding the type of food or the way in which the food is cooked. It is a way to improve a fundamental service and, then, it is not certain that the socialization between people, inside or outside prison, or the path that can lead to social reintegration, does not pass through a happy contamination of tastes and dishes.” The entire income from the sale of magazines and books is reinvested to print new editions rich in flavour.