Dossena is getting ready to achieve a new record, with the longest Tibetan Bridge in Europe: 300m high and 550m long 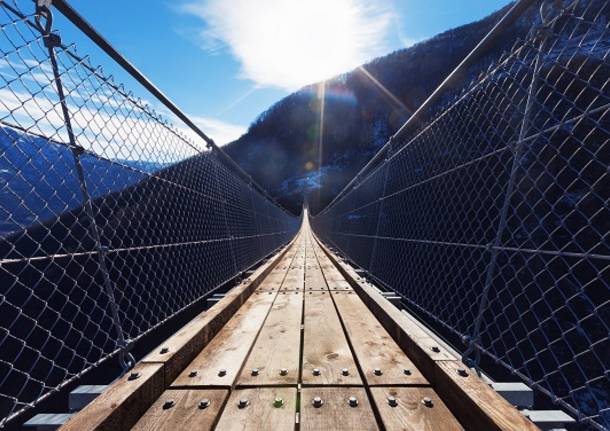 Dossena, near Bergamo, which is located between Val Serina and Val Brembana, is getting ready to host the longest Tibetan bridge in Europe, at a height of 300m and with a length of 550m. The “Bridge in the sky” in Val Tartano, which is at a height if 140m and is 234m long, currently holds the record.

The Dossena project, which is the creation of three, very young local people, is being financed, with over €1 million, by Lombardy Region, with work beginning in 2020. The aim of this important investment is mainly to achieve a positive economic impact in Bergamo Province, something that has already been achieved in Val Tartano, which, thanks to the investment of €800,000 in its “Bridge in the sky”, has undergone a certain rebirth, escaping “certain tourist death”.

This ingenious, worthwhile solution also respects the territory, because a decision has been made not to destroy the panorama and the surrounding environment with car parks and reception facilities to increase incomes, but simply to allow access to the bridge during the weekend, and only to tourists that have previously bought a €5 ticket online.