“Girando per Torino:” the city tells the story of cinema

A journey through the history of the seventh art: from Cabiria to the very recent The King's Man, passing by Profondo Rosso, La Meglio Gioventù and Il Divo 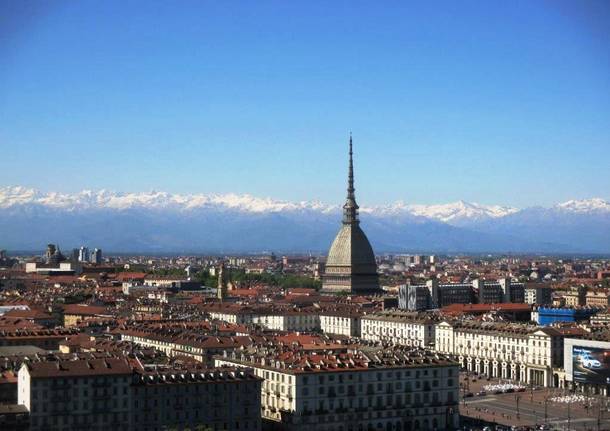 “Girando per Torino” is an interactive path composed of 20 multimedia stations located in the city centre that tell the story of the cinema made in Turin over the years, from the birth of the seventh art to the present day. During this year of celebrations that sees the cinema at the heart of the city’s cultural programming, the project aims to offer Turin’s citizens and tourists the chance to explore and relive twenty films that have contributed to making Turin a privileged destination and location for many film productions.

Twenty different locations in the most iconic places of the city, each dedicated to a specific film: from Cabiria to the very recent The King’s Man, passing through Profondo Rosso, Santa Maradona, La Meglio Gioventù, Dopo Mezzanotte, Il Divo.

This year, when the National Cinema Museum and the Film Commission Torino Piemonte turn twenty years old respectively, the tour will allow visitors to discover anecdotes and curiosities about each of the films chosen, highlighting once again the historical link between Turin and the cultural and productive cinema industry.

Each of the twenty stations has been realized externally with graphics and images linked to a specific film, combined with reflective panels that aim to enhance the surrounding architectural context. Internally the station will allow the public to sit on seats that recall those of the Temple Hall of the Mole Antonelliana to watch videos related to the film and listen to comments and curiosities that have the voice of Steve Della Casa and Efisio Mulas, long-time conductors of the Radio Tre “Hollywood Party” radio show.

A printed map, which lists and depicts the twenty locations and the twenty films connected to them, will be distributed at the tourist offices of Piazza Castello and Piazza Carlo Felice. It is of course possible to visit the entire tour on the website of Torino Città del Cinema, and it is also possible to download and use the App “Italy For Movies” for free: inside the latter there is the itinerary dedicated to Torino Città del Cinema 2020, with tourist routes and itineraries designed and edited by Steve Della Casa and Federica De Luca.

In fact, if the workstation aims at enhancing the filmic work, the use of the application – “L’App che fa CIAK”, launched last year by the Ministry of Cultural Heritage and Activities – allows to enhance the reference location, giving back to the public both the cinematographic and tourist soul of the project.