The champion from Cassano runs a team, together with Alberto Contador. “We’re preparing for a 16-month season; it’s important to get investors involved. The 2020 Giro is crucial for relaunching Italy” 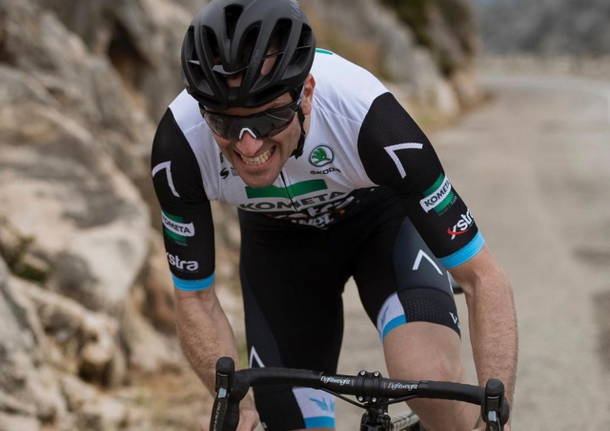 “The time to start again is when you need to make sacrifices, when privileges should be forgotten. It’s a time when I think it’s intelligent to look in two directions: to the more elderly, who’ve had difficult experiences in the past, and to children, who are a symbol of energy. If we can grasp these ideas, we’re already on the right road.”

These words, of Ivan Basso, certainly resonate; the 42-year-old champion from Cassano Magnago, who won the Giro d’Italia on two occasions, is facing “Phase 2”, post-lockdown, with the responsibility of a sports manager. For the last few seasons, Basso has worked with Alberto Contador (and his brother, Fran), leading Kometa Xstra, the Spanish team that has already launched a number of young athletes on great cycling careers. This prominent position has enabled him to gain solid management experience, in addition to his huge sporting experience. And it is on these two levels that Ivan is looking at starting again.

Over the last few weeks, we’ve seen you working on bicycle trainers, together with so many past “greats”, to take part in the Virtual Giro d’Italia, in the “Legend” category. It’s a great way to train, in these times of “confinement” in the home.

“The indoor activity has helped in my training, but also to raise my spirits; cycling produces wellbeing, it improves self-esteem and your mental and physical balance. But when I speak about raising my spirits, I don’t want to appear disrespectful of the moment; I know very well that a lot of people have suffered and worked hard, and from now on, they’ll be facing difficult times. For enthusiasts, like me, using a bicycle trainer was a stretch, but it made the quarantine more pleasant. And during this period of time, this instrument has been discovered by a larger number of sportsmen and women. Many young people have started using the trainer, which they hadn’t done before, and even people who are more advanced in years have been able to choose this option. On Giro Legends, the best thing was the charity aspect; I offered all of my pink jerseys as prizes, which made about €4000, and a lot of people have used this channel to do good. I’m really pleased.”

Now, we’ve entered “Phase 2”, and the world of cycling is also being called upon to plan for the future. At what point were you when everything stopped? And what’s your recipe for starting again?

“In February, the conditions were right for an excellent 2020, and also for an energetic start to next year. The team’s idea was (and is) to grow; after three seasons in which we were one of the best Continental Teams in the world, in terms of results and of launching athletes into the higher categories, we were preparing to become a Professional Team, one that can receive invitations to the great races and the major classics. We already had good economic guarantees, and there’d been some interesting overtures from a number of new sponsors. Now, we have to start again, and we’re going to; I’ve got a good feeling, because the whole system wants to start again. But the teams need to have a plan that covers both the sports and the managerial aspects. I think the solution is to have the right mix between the qualities of a business and those of a sports team. Coming back to the present, as a team, we’re thinking about a 16-month season, a single plan that goes from August 2020 to December 2021. It’ll be long, but I’m convinced that, in the difficulties, you can find opportunities.” 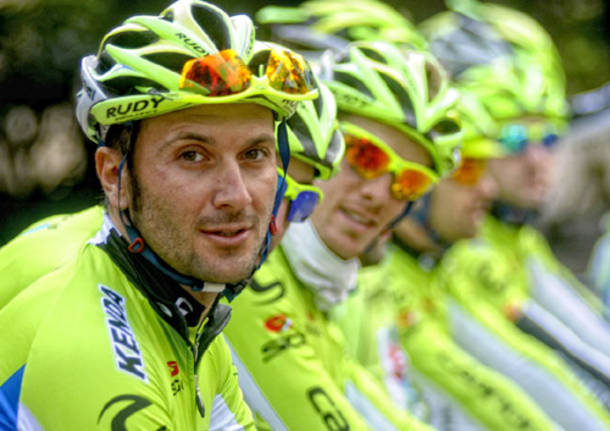 Basso, during his time with the Cannondale team

So, do you think the link between sport and economy is increasingly important? Two worlds that can go hand in hand, and be “engines” for rebirth?

“Sport is love, instinct, passion; the economy is the ability to balance accounts and organise every undertaking in the most prudent way. I think, together, the two things can help this restart. The sports teams, the cycling teams, need to have a managerial approach and to share the choices with those who invest money in them; at the same time, the companies can benefit from the spirit that there is within a team of athletes working towards their goal.”

Cycling is still a special discipline, because of its characteristics.

“We’re talking about a popular sport, that is greatly felt, that generally brings fans together instead of creating divisions. It also takes people to faraway, sometimes inaccessible places, to watch a race, and it’s a huge driving force for promotion. On this last matter, it’s essential that the Giro d’Italia takes places, this year, in 2020; the whole country can benefit from the race, because it’s a great showcase for tourism, culture, history. In sport, Italy has three colours: the light blue of the national teams, the red of Ferrari, and the pink of the Giro. At this very particular time, this stage race can reinforce our image throughout the world.”

Still talking about races, but closer to home, what do you think about combining the Tre Valli, Bernocchi and Agostini into a single race for 2020?

“In 2020, it’s important for everyone to work together: it’s a time to unite, to reach out and help also those in difficulty, to do something to save the races, so that we can return to a normal calendar in the following seasons. From this point of view, I think creating a “Great Lombard Trio” is an intelligent thing to do, and is useful for the individual organisations and for the whole movement.”

In the meantime, besides cycling, you’ve discovered a new passion: for running./strong>

“Running is a sport that I was never able to practise in the past, because I might have hurt myself, but I’m beginning to like it. Now, I go out almost every day, I run between 10 and 18 kilometres, and I enjoy it; it’s an activity that reminds me of the time trials, because, if you push too much, you might overdo it, if you slow down, you might not catch up. When you run, you have to pull out all of the stops, there are nuances that remind me of cycling.”