In the early 1990s, this was a successful editorial experiment. Conceived by Marcello Baraghini, the publisher of Stampa Alternativa, millions of copies were sold 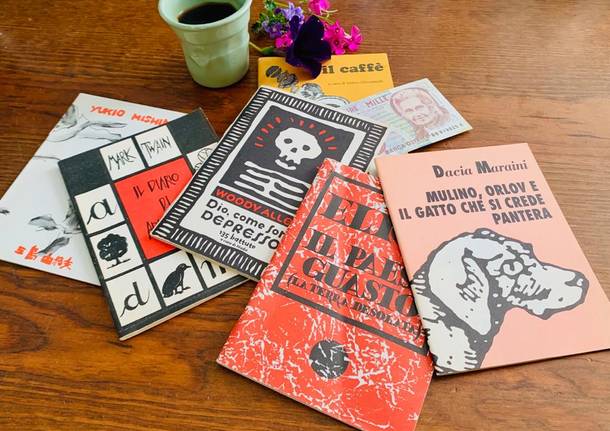 Today, we might call them Cinquantacentesimi (Fifty Cents), but it wouldn’t be the same. The story of the Millelire, 10×14 pocket-sized books published by Stampa Alternativa, is one of innovation dreamt up and realised by Marcello Baraghini, a convinced radical and one of the protagonists of the fight for civil rights in Italy. At the end of the 1980s, from his refuge in Elmo di Sorano, the publisher declared war on a distribution model that was “driven by a suicidal desire”, that was guilty of dooming to oblivion works that had made editorial, cultural and existential history in the 20th century. With the Millelire series, Baraghini brought them back to life, demonstrating, at the same time, that it was possible to produce books that were both super-economic and high quality.

The success was enormous and millions of copies were sold. And it could not have been any other way; they were cheap, there was something alternative about them and, above all, they was practical. Millelire dispensers could be found in bookshops, clubs and stationers. With one step, choosing a book was as easy as choosing a postcard. With the difference that, in this case, the words were by Yukio Mishima (Ali), Mark Twain (Eve’s Diary), T.S. Eliot (The Waste Land), Dacia Maraini (Mulino, Orlov e il gatto che si crede pantera), Don Lorenzo Milani (L’obbedienza non è più una virtù), Palazzeschi (Il Controdolore), Alda Merini (Le Parole), Emily Dickinson (Behind the Door), Marziale (Lapidi e amori, 111 epigrammi), Heraclitus (The Fragments), Plutarch (On the Fortune), Shakespeare (The Flight of Time) and Epicurus (Letter on Happiness), to name but a few authors.

In 1996, Baraghini also made a visit to Varese, to the Circolo in Bosto, on Via Sant’Imerio, which, needless to say, also had a Millelire dispenser on the counter, next to the cigarettes and sweets. The first editor of VareseNews, Carlo Galeotti, who, for Stampa Alternativa, had edited the texts of Don Lorenzo Milani, and his successor, Marco Giovannelli, who had edited a Millelire dedicated to the coffee trade, had learnt their trade from Galeotti.

From a libertarian like Marcello Baraghini, such an idea was to be expected. On the website http://www.stradebianchelibri.com/millelire.html#, you can download all of the Millelire for free.