The section of the FAI- Fondo Ambiente Italiano takes us among the natural and historical beauties of the territory. A route of 25 km covered with the campion Federica Amelio 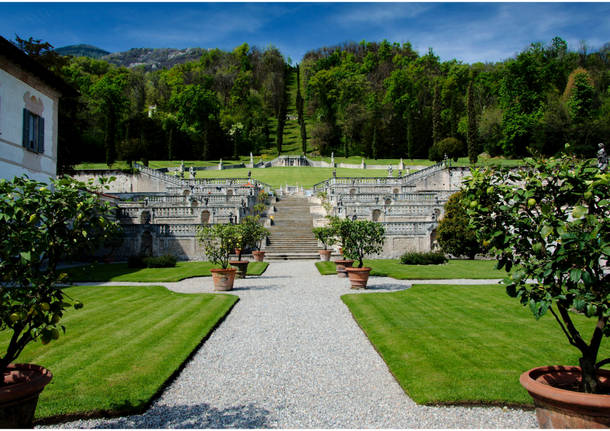 Discovering an itinerary to be covered along the paths of Valcuvia. The “Italia mi piaci” section of FAI – Fondo Ambiente Italiano, The National Trust for Italy, takes us among the natural and historical beauties of Varesotto, the Province of Varese.

From the Instagram profile of Villa Della Porta Bozzolo

The protagonist of the video is Federica Amelio (Italian 2017 amateur downhill champion) who sets off on her mountain bike from the beautiful Villa Della Porta Bozzolo in Casalzuigno to cover 25 km among the woods and paths of the area.

The house built in the 16th century, which still has antique furnishings and a huge Italian-style garden, is perfectly preserved and was purchased by FAI – Fondo Ambiente Italiano in 1989. So, since then, it is a place open to the public, where art, history and traditions are interwoven. It’s a precious and unique place, a few kilometres from Arcumeggia, what is called the “painted town.”

The bicycle route starts from Villa Della Porta Bozzolo, where the project about the bike path connection, which is supposed to join Laveno and Luino, is operating. – The cycle route system of Varese area is growing, adding other 100 km of paths

You go through the cycle path of Valcuvia, towards Luino (close to Boesio stream.) Along the way it will be possible to discover the many souls of this place, both rural and industrial. The video it’s about the ancient tramline and its shelters, which are still present in the area (recalling also that in Velate, under the Sacro Monte.) In addition, there is a look at Mount San Martino, at the redoubt of Saint Joseph and also at the fascinating Cadorna Line. They pass through Rancio, Cavona and Cuvio before returning to the majestic gate of Vella Della Porta Bozzolo with a promise. The champion greets the spectators by reminding them: “We will reopen soon, we are waiting for you”.

To discover the routes, Fai also reminds you of the website: www.passeggiatefaibozzolo.it

Do you prefer walking? Here there is a walking trail in Valcuvia and an itinerary idea for a weekend in the countryside