Mount San Giorgio, a gem of the territory, a boost for tourism and culture 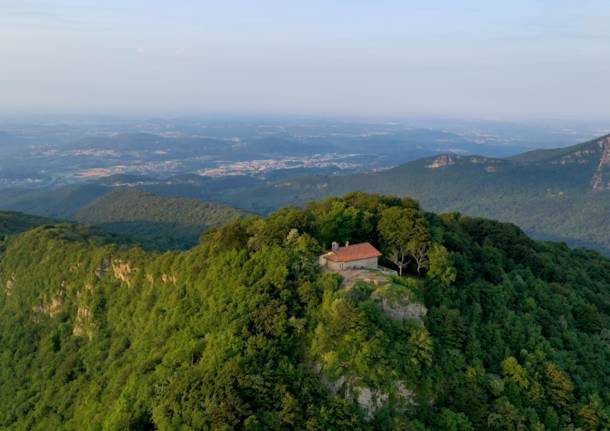 The innovative presentation at Villa Recalcati of the Unesco site on cross-border territory, with all the main protagonists of the site. “The challenge is to make sure that everyone knows the Unesco site” stated the mayors of the territory.

Mount San Giorgio is at the centre of the event organized by the Insubric Museum of Natural History of Clivio and Induno with Naturalis Insubria and the Mountain Community of Piambello on the morning of Saturday, November 5. Villa Recalcati, seat of the province of Varese, hosted the main protagonists who revolved around the Unesco Heritage, which has a special trait because it is a cross-border site. “Receiving a recognition by Unesco is a responsibility,” stated Francesca Brianza, vice president of the Regional Council of Lombardy. “It is not enough to be inducted into this world heritage; instead, we have to work in order to ensure the development of this beauty.” “It is a gem, and it can be positive for a lot of different things, from tourism to culture to opportunities for families.” During the morning, the desire to build a network of actors to better manage the site—a mix of public and private entities—emerged. Stefano Nadile, from Naturalis Insubria and administrator of the Clivio Museum, started the series of talks that took place during the morning. In his book, entitled “The Fossil Hunter,” he wrote: “Already as a child, I went into the local quarries and began to cultivate a passion for fossils.” It was a great thrill to find one of the largest ichthyosaurs. “Between 2019 and 2020, I made some huge discoveries of bones, and this can lead to important scientific developments.”

Elena Castiglioni of Archeology, who manages the Museo di Besano, explains: “Small Museums, Big Heritage” is a central theme for our country. We have stories and elements in small districts that also lead to difficulties in management because our size is too small. It is important, however, to have consistency, quality, and continuity in the work. There are many institutional components to our activity. We are developing various initiatives to reach a broader audience. “We have renewed the exhibition to have a museum outside the museum spaces as well.”

Guglielmo Ronaghi of the Pre-Alpine Speleological Group works inside and outside San Giorgio and underlines: “Our association has just celebrated 20 years of activity. We deal with speleology through exploration and disclosure, a work to which we are very committed. Every year, we engage 2–3 thousand people.”

Several speakers followed, including researchers and scientists who illustrated the new studies in progress on Mount San Giorgio, from the Saltriovenator to the project “Paleontologists for a Day” up to the unexplored caves. Room for young people will be given with testimonies and projects in the section “Innovation and the Future.” Eventually, importance will accrue to the mayors of the municipalities within the territory included within the boundaries of the UNESCO site. The conference was attended by Giuseppe Galli of Clivio, Leslie Mulas of Besano, Emanuela Quintiglio of Viggiù, and Maurizio Zanuso of Saltrio, who have cast a glance at the future.

“A site, two nations—what will it be like in 20 years?” a site that will be visited with two clicks. To know what we will become in twenty years, it is better to know our history. Culture sharing and development were the key points. The good becomes a value for visitors, telling about its charm that is not easy to discover. We need to see people investing in our territory. The challenge is to make the whole population aware of the UNESCO site. These years have also been exciting for the energy of our Swiss friends. Our commitment is to ensure that our heritage is always more accessible to all. There is a second question for them, about a title for collaboration. “We must seize the opportunity, develop sustainable mobility, and ensure Monte San Giorgio is also adapted for children and young people.” In addition, a new collaboration between museums is necessary for a spreaded path.”

To close the day, Paolo Sartorio, president of the Mountain Community of Piambello, said, “We are doing education, science, and culture. We must share, and we are doing it through the work of museums, but also with the PICs on UNESCO sites and with the Via Francisca del Lucomagno. The work for the Via Cadorna has been added. The mountain community is made not only by administrators but also by the many people who work in such a way that all activities can develop.”