Verdict overturned for the six fans of the Busto football club who were tried for shouting xenophobic insults at the coloured Milan player during a friendly match in January 2013. 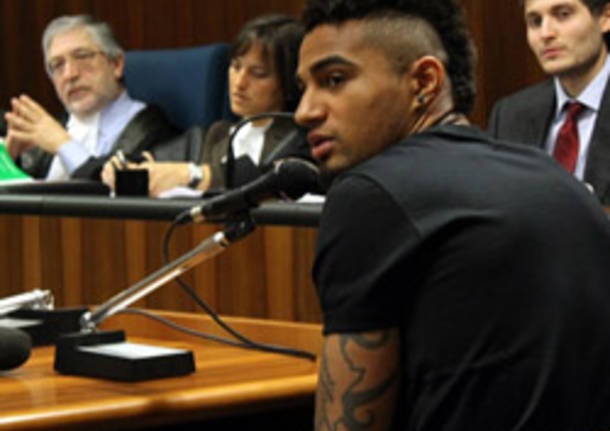 The Appeal Court in Milan has acquitted the six Pro Patria fans of the charge of making racist chants against the coloured player, Kevin Prince Boateng during the now infamous friendly between Pro Patria and Milan, on 3 January 2013, which ended before time when the Milan team walked off the field.

The incitement to racism, a violation of the Mancino law, had already exceeded the statute of limitations, all that remained had been the offence of insult aggravated by the fact that it was committed by more than one person, and by xenophobia. It was for this that the Public Prosecutor, Mirko Monti, obtained the conviction at the Court of Busto Arsizio, with sentences that ranged from 40 days to 2 months.

The verdict was overturned on appeal, because “there was no case to answer”. The lawyer Alberto Talamone was satisfied with the judge’s decision, which he interpreted thus: “I’ll start by saying I greatly appreciate the Director of Public Prosecution Pietro De Petris, who supported the charge, speaking about group responsibility, but I think the judge felt there was no evidence that the ‘boos’ had insulting content.”