Bones from the Jurassic period found: believed to be from a new dinosaur

The bones were found last January in an area called Monte Oro, where the Saltriosaurus was discovered in 1996. We are awaiting the examination by the experts, to understand the real importance of this discovery. 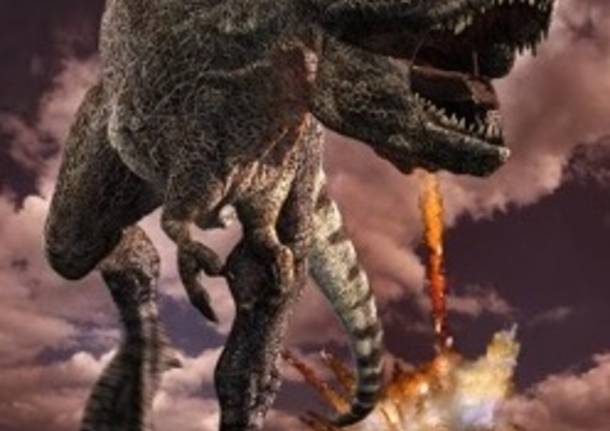 For the moment, it is just a large mass of rock, weighing nearly 3 tonnes. But a number of fossil bones are sticking out, and they might be a new important scientific discovery from an area of the UNESCO site of Monte San Giorgio, maybe another dinosaur.

The discovery, which was made in the area of Monte Oro, in the Salnova quarry, in Saltrio, dates back to January, but everything was kept secret, especially not to foster false hopes. “We don’t want to say anything that doesn’t stand up to the assessment by the experts. We’re waiting for the authorities to examine the material found,” said Giuseppe Franzi, the Mayor of Saltrio.

The bones were discovered by a student and palaeontology enthusiast, Stefano Nadile, who subsequently informed the Museum of Besano about the discovery.

When the rock was removed, Dr Paola D’Agostino, the curator of the Fossil Museum, in Besano, was present at the site. “The examination of the rock, which has a volume of about 2 m3, highlighted the clear presence of fossil bones. The exposed parts are fractured, but it is also possible to see sections of bone, which presumably continue into the block. From an initial examination, they are mostly long and disjointed bones. Whether or not it’s a dinosaur, it looks just like a large vertebrate.”

“Considering the age of the material, early Jurassic, Sinemurian,” Paola D’Agostino continued, “the type of porousness of the bones, and considering the existing bibliography regarding fossil finds from the encrinites in Saltrio, we cannot exclude the possibility that they are dinosaur remains.”

It was precisely in Monte Oro that, on 4 August 1996, the bones were discovered of the largest carnivorous dinosaur ever found in Italy, a new species to science, which was given the name Saltriosaurus.

The discovery of the Saltriosaurus “was very important,” it says on the chart dedicated to this dinosaur, on the site in the town of Saltrio, “also because the example comes from rather old rocks that date back to the Sinemurian (the beginning of the Early Jurassic period), a time when historians believed that the carnivorous dinosaurs that existed were more primitive animals, called ceratosaurs.” The new discovery comes from the same period.

After the small Scipionyx, which was found in Pietraroia (near Benevento), and after the adrosaurs of Villaggio del Pescatore (near Trieste), the Saltriosaurus is only the third type of dinosaur whose skeletal remains have been found in Italy and, for now, is the first and only dinosaur from Lombardy.

The rock mass found in mid-January and removed, as reported by the authorities on 21 January, on the instructions of Dr Grassi, the Head of the Superintendence of Archaeological Assets, in Milan, has now been taken to the Natural History Museum in Clivio, which is still closed to the public, and handed over to the Museum curator, Gianluca Danini, to await more detailed examination that will be able to say whether they really are dinosaurs remains.