No fewer than 67,000 clay pigeons have been thrown in the last few months, at one of Lombardy’s most beloved and reserved firing ranges, where, at the end of the season, all the lead shot is collected. 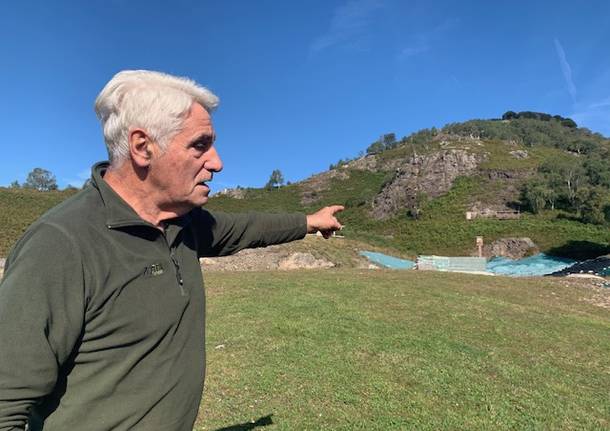 The grey bags knotted under the birches are full of little grey plastic casings, wads, the containers of the lead shot that is used for the clay pigeon shooting. All around, there is silence, broken every now and again by the long, loud ringing of goat bells, about two or three hundred metres away. Then, no other sound. “Well, you can see the paradise we’re in, can’t you?” 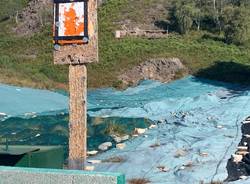 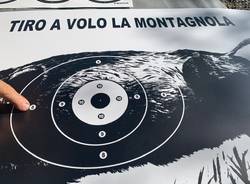 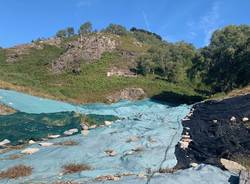 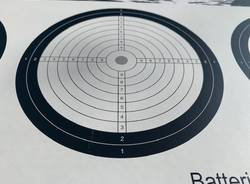 But Germano Evangelisti is only half right, because although the place is indeed wonderful, the silence is not always what you hear, here at “La Montagnola”, one of Lombardy’s most important and complete firing ranges; in the middle of the season, there is shooting, a lot of shooting. In the summer months, after the cold winter, this facility, which was built in the 1970s, reopens its doors, and tens of thousands of clay pigeons are thrown for the firing range (which in technical terms is called the “universal trench”). And then, there is the target hunting, the shape of the running boar, the post of fixed shape (all boars), and the rifle at 50-100-200 metres.

Welcome to the Olympus for shooters who love this sport, which is practised up there, 1000 m up the mountain, just below the Forcora Pass, in the municipality of Maccagno con Pino e Veddasca, with great passion and respect for nature; the bags under the birches are loaded into the trunks of cars and then disposed of, as are the fragments of clay pigeons, which are made of clay and beeswax. “They cost a bit more, but at least we know they don’t leave a mess,” explained Evangelisti, 74, a retired chef, as he revealed how the system for throwing the clay pigeons, the facility’s pride and joy, works. “They’re the top of the range,” he said with great satisfaction.

The real surprise, for those who do not know this sport, is under your feet; the whole firing range is covered with special pieces of cloth, which are used to retrieve the lead shot during shooting. “This year we’ve recovered over 600 kg. Every cartridge contains about 32 grams of lead, just to give an idea of how many people have shot here.”

Indeed the choice of this firing range is not accidental: around the beginning of the 1970s, a group of hunters and enthusiasts, including Evangelisti, were in search of a quiet place where they could practice their favourite sport, a place with no dangers or risks for anybody, but also in a place where they would not disturb anyone. They found this place, and so, “La Montagnola” was born.

The land belongs to the council, who have given the whole area of 14,000m2 on an extended loan, which the shooters lovingly look after: tidy benches and chairs, carefully-kept flowers and the entire facility for competitions. Important competitions attract shooters from all over Lombardy and beyond.

On this, Fabio Passera, the Mayor of the village, spoke about the great importance of this little known, out-of-the-way place, for business in the area. “Every year, thousands of people come here. Shooters come alone, but so do families with children, sometimes from hundreds of kilometres away. This place not only helps to get our village known, but it is also a source of income for the local hotels and restaurants, where the shooters go during their stay.”

And that is not all: for years, there has been a fundraiser to support education projects in Africa: thousands and thousands of euros to help children, who, also this year, will be able to study, thanks to the solidarity that has grown on the shores of Lake Delio.

So, behind the competitions with their quirky names, which at first make you smile, such as “Rupicapra-Rupicapra”, there hides a strong desire to keep what is now a tradition in these parts, alive, namely, clay pigeon shooting. In contrast to what you may think, this sport is not for “old men”, like hunting (the average age of hunters is high). “Here, also young people can shoot, and, in fact, many of our card-carrying members are young. All you need is a permit for long guns, and you can shoot.”

The rifles for this sport cost €600-700 upwards, although the real enthusiastic will have to add another zero to this figure. For the rest of it, and this is no minor matter, there is the friendship of long-time members, and Germano’s risotto, which they say is always a winner.