Imen and Andrea, two young people from Varese in the Forbes Under 30 ranking

Imen Boulahrajane and Andrea Latino have been included in the Forbes ranking, which has chosen 100 young people to keep an eye on as leaders of the future 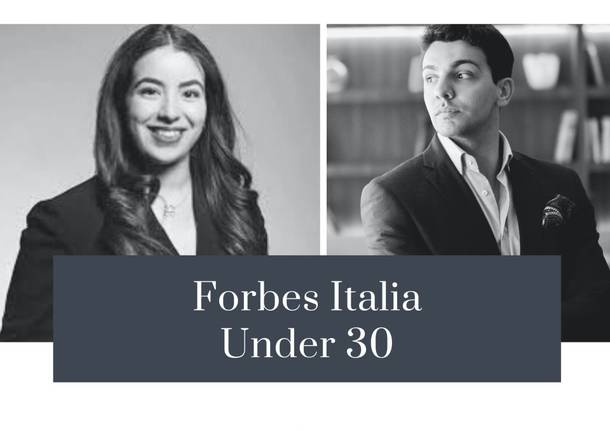 Every year Forbes Italia draws up the ranking of 100 young people under 30 who, for commitment and creativity, are revolutionising the present in their small way and preparing the way for the future.

Among them are two young people from Varese, both former students of the “Leonardo da Vinci” high school in Gallarate: in the media section Imen Boulahrajane, born in 1994, co-founder of Will and, at the head of the marketing & advertising section, 29-year-old Andrea Latino, freelance digital consultant and co-founder of Leviathan and Seraph.

Imen Boulahrajane, better known as Imenjane on Instagram, is originally from Cassano Magnago and for a year and a half she has been explaining in her IG stories the most significant themes of economics and politics, gathering around her 300 thousand followers. In January, together with Alessandro Tommasi, she founded Will, a media start-up with twelve employees that, on Instagram, focuses on news with a strong impact on real life in the world.

“I didn’t expect it”, comments Imen Boulahrajane about her position “surely Forbes’ attention towards me is double, both for what I do in my personal profile and for the startup: it’s a challenge that Alessandro Tomasi and I started in January with Instagram; we plan to move to other social networks in the near future”.

Will makes information “in the days of social networks” without taking an antithetical position compared to newspapers: “We don’t make classic information: we, unlike newspapers, take information where people already are, without having to take it to another domain. We then form a community on a value-based basis, without narrowing down on age or political ideology”. “This is the first experiment of its kind in Italy,” she comments enthusiastically. The editorial staff is not composed of journalists, because “most of the work is based on data analysis”.

Your strength? “We reveal ourselves as much as possible, showing ourselves as we are through a plurality: each one deals with themes they know well and is passionate about”.

ANDREA AND THE DIGITIZATION OF ENTERPRISES

“Since high school I have always been passionate about technology,” says Andrea Latino, “when I enrolled in Political Science at the Università Cattolica del Sacro Cuore in Milan, my family – like many others – had to deal with various economic problems. So I put my technological skills to work: from a freelance graphic designer and web designer I became a digital strategist until I reached my current position as a “companion” to three hundred and sixty degrees of large and small businesses in the digital world so that they could compete”. His – he would like to point out – was nothing different from the situation experienced by many other young people after the economic crisis of 2008.

The mention on Forbes came especially to Leviathan, the digital advertising agency founded together with Alex Valenti, who runs it, while Latino is in charge of strategy. “We’re in charge of increasing client turnover. The company was founded in 2017, employs twenty people and is based in Caronno Pertusella,” he explains. They have served about fifty or so customers and will soon start participating in public tenders.

His other creature is Seraph, founded together with Salvatore Maiorana (CEO), a training body that offers all companies the digital skills to compete in the 21st Century. “Both companies were born in Varese and remain in Varese, although I have moved to Lausanne for love since this year: Leviathan and Seraph are managed remotely and my two partners, whom I trust very much, are always in the field”.

“I knew the mention on Forbes was in the air, but I wasn’t expecting the big page, I’m very excited”, comments Latino as he unveils his next moves: “A partnership with Manager Italia will start soon and it will be a digital podcast on digital transformation. This is the first initiative of its kind in Italy made by managers for managers, I’m very curious about how it will evolve”.