The Formula One world champion has contributed to creating a limited edition of the Dragster RR. “This is great news,” said Giovanni Castiglioni, showing his satisfaction. 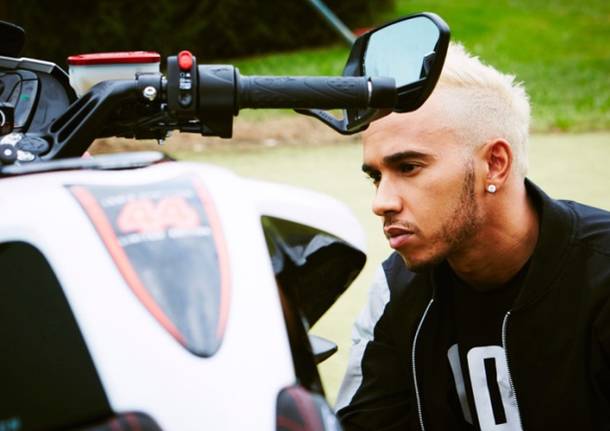 It was partly thanks to the alliance between Varese and Stuttgart, and partly to a passion for every kind of engine and for quality motorbikes, that, in the last few weeks, an idea was hatched that will bring the name of MV Agusta to the lips of a large number of fans. Lewis Hamilton, the Formula One defending world champion, who looks as if he is going to win this season too, has collaborated with the Schiranna-based motorcycle manufacturer, to create an exclusive version of one of the Varese-made racing bikes.

Hamilton contributed to creating the limited edition of the Dragster RR. According to MV Agusta, the collaboration was complete, starting with the concept and continuing to the production of the first prototype, after close work with the Castiglioni Research Centre design team.

As is often the case in MV Agusta, the bikes signed by the Mercedes driver will be produced as a limited edition, and will be assembled by hand by the expertly skilled craftspeople at the Schiranna headquarters, to ensure top quality standards.

The work has made Giovanni Castiglioni, the President and CEO of MV Agusta, a happy man. “We’re proud to have created a bike together with Lewis Hamilton. I think this is great news for us and for those around the world who love MV Agusta.”