The official opening of the gallery’s extension and of the exhibition “Lollipop”, is on 30 March 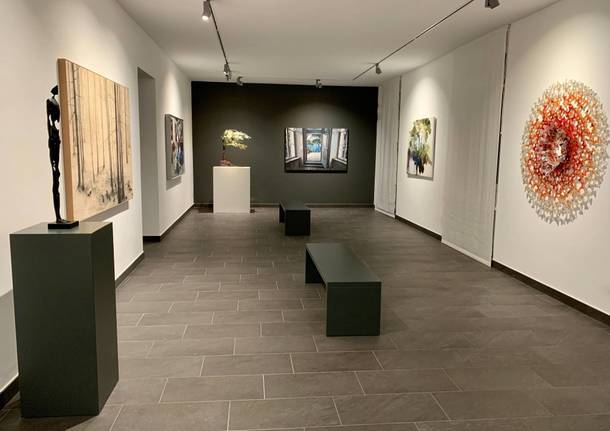 Opened by Sofia Macchi, in 2011, the PUNTO SULL’ARTE Gallery has become an important reference point for art lovers, in just a few years. Its philosophy is to support Italian and international painters and sculptors who have a traditional approach, but a contemporary sensitivity, combined always with extremely high quality.

Curiosity about anything that moves in the world provides the stimulus for fruitful collaborations with Italian and foreign galleries (from Europe to the United States) that are continually looking for new and interesting voices.

After the first extension, in 2013, when rooms on the first floor were added to the large rooms on the ground floor, for a permanent exhibition of the artists shown, another extension to the Gallery is now being inaugurated.

On Saturday, 30 March, the new rooms on the first floor, which have been fully renovated and joined to the already existing rooms, will be opened up to the public. Another 130 m2 of exhibition space has been added, for new projects, experimental installations, and an exhibition of the Gallery’s artists. On the evening of Saturday 30 March, many of the artists exhibited by the Gallery will be present: this will be a unique opportunity for the public to get to know them.

At the same time, the exhibition “Lollipop”, a Neo-pop group exhibition, involving 9 established artists, will be inaugurated on the ground floor of the Gallery. Paintings and sculptures by Massimo Caccia, Giuseppe Veneziano, Giorgio Tentolini, Alberto Magnani, Valeria Vaccaro, Dario Brevi, Michael Gambino, Giorgio Laveri and Igor Molin we be presented.