Ten years ago, the Gurone Dyke was born

The work carried out by the Province of Varese was inaugurated in December 2009. "Today, if the companies along the Olona River don't end up underwater, they have to thank that dyke and whoever wanted it" 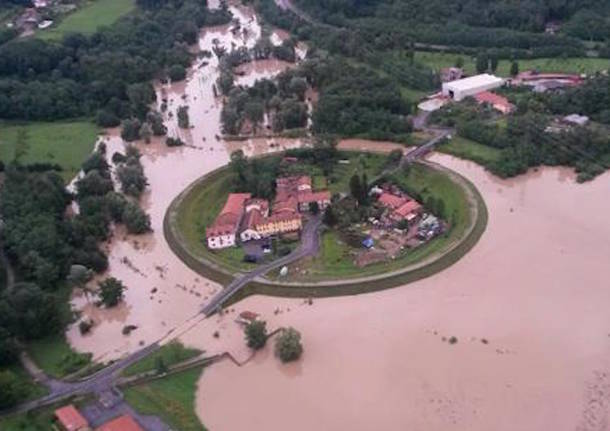 It all started on a hot August morning 16 years ago. On the desk of the engineer Susanna Capogna, who is the Head of the Environmental Protection Department of the Province of Varese, was left a photocopy with a full-page newspaper title: “The never-born dyke.” 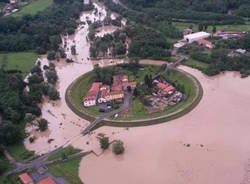 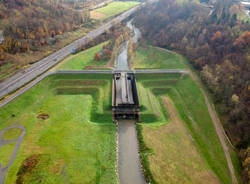 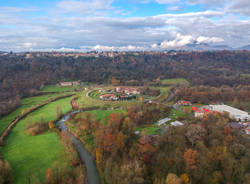 “Engineer, inquire and let me know.” The voice of Marco Reguzzoni, who was the then President of the Provincial Authority, resounded in the office of the director who, however, had never heard of that dyke. Thus, began the search in the archives of the authority, without any result.

Engineer Capogna asked all those colleagues who could be aware of it, for competence or interest, but nobody knew anything about that dyke. There was only one way to get some information about it: to ask the only source that had a say in that work. And so, the manager, under the heat wave of August, decided to make a trip to Parma to ask the magistrate of the Po who was in charge of that work.

It was all true. The dyke had already been financed entirely and was planned in the locality of Mills of Gurone, which is a hamlet of Malnate, where a bridge over a rivulet and a small part of the ring had already been built. However, the works had long been blocked due to a problem with the contract. And so, Susanna Capogna, together with Rossana Magni and Marco Montalbetti, who are two other engineers of the Province, decided to contact the original designer, the Milanese engineer Fulvio Bernabei who, with a certain scepticism, received the trio. This scepticism was amply justified by the fact that the project had been blocked for years.

Bernabei confirmed to the officials of the Province that the work had been entirely financed but that in the meantime the supporting wall of the orbital road, which was not included in the initial project, had also been added. The total cost amounted to 23 million euros, which were almost entirely financed by the Province of Varese, with the exception of 5 million euros, allocated by the Ministry of the Environment, and two million, received thanks to the interest of the then chairman of the V Commission, Giancarlo Giorgetti, at the Ministry of Public Works in Rome, after the provincial authority had become a contracting authority. Such an important work could not be done without the involvement of all the local stakeholders, especially the industrialists whose warehouses south of the Olona ended up underwater on flood days. And so the two engineers of the Province, Capogna and Magni, with drawings and floor plans under their arms, presented themselves to the entrepreneurs of Busto Arsizio to explain the project. “When they saw us coming, they were pretty incredulous,” says the director. Instead, it was they, in particular the textile entrepreneur Attilio Tronconi, president of the Association for the protection of the Olona River and its territory, who promptly monitored the progress of the work and give reports to the two officials. It was an “unforgettable” collaboration.

After the tragedy of Vajont, the Italian Register of Dams (Rid) was established with headquarters in Rome. A rather strict regulation that forced the clients to go several times to committees where the project was nalysed in detail. It is the highest level of bureaucracy, the one on which everything depends, the continuation of the work as well as the feared stops. The complications were not over, however, because RFI, the Italian Railway Net, also asked for the project to move the Valmorea railway, which was completely interrupted by the construction of the dyke. In short, even if it had not been used for some time, the old railway was still in operation. So, it was necessary to carry out an additional project that was punctually put pen to paper by the team of the Province. Once this phase was over, an invitation to tender could finally be issued, which was won by an ATI, a temporary association of four companies that, during the implementation phase, proved to be very reliable and serious. On April 18, 2007, work finally began.

“It has been a difficult but exciting experience,” says Capogna. “In the contracts you do not always have ‘luck’, in the sense that there are often appeals and failures. We went straight to the target with the only exception of a flooding of the site in the first year. Two winters, two movements of the watercourse and the geological analyses were planned, which were reworked at my request with a right intuition. The rest was done by the great dedication and willingness of the workers who, in order to stay on schedule, worked on August 15th and even under the snow because everything was urgent.”

On the day of the inauguration of the work, December 12, 2009, the director of the Province dedicated her speech to them. “In two and a half years of work we have not had a single accident.” A medal to be worn with pride because that of Gurone is a gravity dyke, which is a complex work. More than two thousand poles were planted at a depth of twenty meters to strengthen the bottom. “It has also been a great trial of administrative and bureaucratic efficiency, started with a political will to achieve the goal and conducted by a group of a few determined officials. A teamwork which involved the former Presidents of the Province Marco Reguzzoni and Dario Galli and the Councillor for the Environment Francesco Pintus”, highlighted the director.

Susanna Capogna still keeps two bolts of the iron part of the river crossbeam and a fragment of a rock, reminiscent of the summit of a mountain, used for the construction of a riverbank defence, in sight on her desk. “In Italy, prevention works are perceived as useless,” concludes the manager, “but we must look and imagine beyond a mandate and decide whether to spend them in prevention, it’s not for everyone. Reguzzoni did it, we have to give him credit for it. And if today the companies along the Olona, while the country is plagued by hydrogeological instability, do not end up underwater, they must thank the dyke of Gurone, those who strongly wanted it and those who managed to build it on time”.