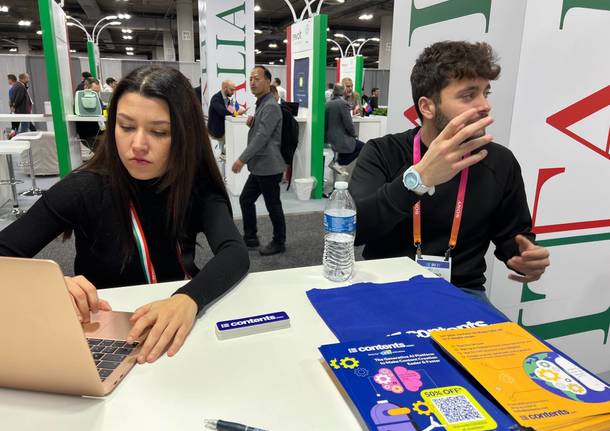 There are things that will never be replaced by technology because they are infused with humanity of whose genes and experiences our life quality is made.

The handmade Agnolotti pasta by Grandma Piera, the eggplants in oil grown by Sara in her garden, the photo book created by Paola, the jokes told by Grandpa Nino, the penalty kick scored by Riccardo, the praise for Bobo written by his friend Gianni Spartà will never be replaced by technology because they are infused with humanity of whose genes and experiences our life quality is made. But still, we cannot sleep peacefully.

Interest in artificial intelligence has grown exponentially in the last 12 months, with a recent peak related to chatGPT, the application able to generate text using a natural language. The conversations that I collected reflect the typical reactions to the advances in technology: “What will be left for us to do? What studies should my daughter pursue? How sad! Computers will never have a sense of humour”. It is likely that the balance will tip towards catastrophism with the release of M3GAN, the new movie about the doll with artificial intelligence. Created to be a companion and protector for a little girl, she becomes a murderer when her programming takes her mission literally, eliminating everything that exposes the girl to danger. Our relationship with technology is an urgent issue we must think about with five important questions because it is constantly evolving.

What prerogatives can reasonably be kept human? Artificial intelligence and robots are capable of carrying out a lot of tasks in a precise and efficient way, but there are some things in which they will probably never be able to completely substitute humans, for now. Human beings have emotions and they can understand other people’s feelings; they can have creative thoughts and they can make assumptions and take decisions based on their intuition and experience; they also have the capability to understand context and adapt to new and unpredictable situations; they can have deep social and personal relationships – all things that are very difficult to emulate well with technologies.

What is the risk exposure of technological obsolescence and substitution for various professions? There are no professions that are completely safe from the risk of technological obsolescence and substitution by artificial intelligence and robots. It was traditionally believed that professions requiring strong social and relationship skills, like counselling, teaching and social work, or those requiring high creativity and critical thinking, like arts, music and writing, or professions requiring high specialisation and knowledge of a particular field, might have been less exposed. Instead, it has long been believed that the professions that could be most exposed are the ones that involve repetitive and less creative tasks, like factory jobs or data management, or the professions requiring only basic and intermediate-level knowledge. In reality, things are not so simple because it is difficult to predict the effects and the development of technology, which also depend on political and cultural choices we are able to express and accept. In general, it is probable that human beings focus on activities in which they excel, and in which mental flexibility and adaptability skills, teamwork and collaboration, extreme manual and physical dexterity, complex and chaotic problem-solving, conceptual and abstract thinking, leadership skills and ethical and moral decision-making are required. Besides, it is important to emphasise that, even if a profession could be exposed more than others to the risk of technological obsolescence, this does not mean that all people working in that field will lose their jobs. Often, the adoption of technology can simplify the work and make people more productive, rather than completely substituting them.

What shall we do with artificial intelligence and robots? A fundamental choice that must be considered is the social and economic impact of the substitution of human beings with technology. If a high number of workers is replaced by robots and artificial intelligence, there could be negative effects, such as unemployment and decrease in purchasing power. Guiding and easing the transition is needed by giving workers time and means in order to adapt themselves and acquire expertise to find a new job. We must consider the impact on the quality of the work. In some cases, it is clear that automation improves working conditions, physical effort and safety; in other cases, the job could become less stimulating and inclusive.

Last but not least, the exponential development of applications is a demonstration of human abilities, and it poses an even more paradoxical challenge. We are continuing to experience our incapability of facing problems caused by human beings themselves. Climate change, destruction of biodiversity, wars and violence, epidemics, famine, overpopulation are more serious and upcoming threats we have caused or inadequately managed. How can we gather human and artificial intelligence in order to solve them?

“Men have become the tools of their tools.”