The rocks on the border between Canton Ticino and Varese have provided the geologist, Rudolf Stockar, with a new discovery: fossils of marine plankton that date back about 242 million years. 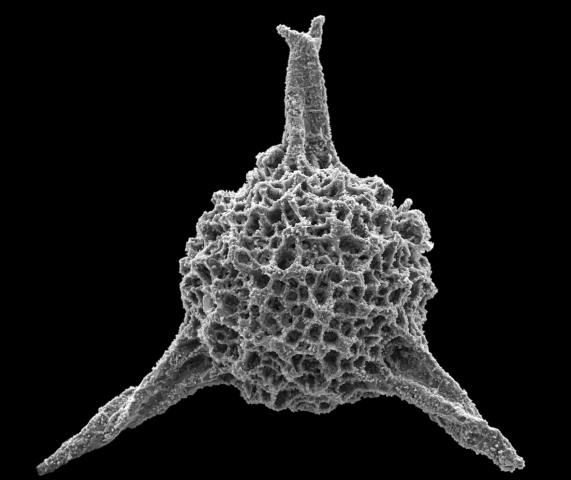 A leap back in time, to hundreds of millions of years ago, so far back that we can even imagine the sea covering the land that connects the Canton Ticino and Varese Province. It is here that the latest discovery by the team of Rudolf Stockar, a geologist and palaeontologist at the Cantonal Museum of Natural History, and head of scientific research at the UNESCO World Heritage Site of Mount San Giorgio (on the Swiss side) brings us. For a long time, his team has been “conversing” with the rocks on this site, an authentic archive of living, prehistoric species. His most recent studies have unearthed seven fossil species that were hitherto unknown to science. The discovery was made in Val Porina, as part of a joint project involving the Museum, Lausanne University and the Earth Surface Processes & Palaeobiosphere doctoral school of the universities of Western Switzerland. The new fossils, a few tenths of a millimetre in size, belong to the group of “radiolarians, single-celled protozoa with a siliceous shell, which are among the main components of marine plankton.”

“All of the specimens come from the formation known as the San Giorgio Dolomite, which dates back to the Ladinian Period of the Triassic Period (about 242 million years ago) ” explain the heads of the study. “The fossil plankton that has been studied includes over 2000 specimens, which, on the whole, are part of 73 different species (including the 7 hitherto unknown); none of these species had ever been discovered, on Mount San Giorgio, or in the rest of Switzerland. The new discovery,” they continue, “will lead to a better understanding of the evolution of these organisms, and shed light on the ecological and geographical context of the south Ticino area, at the dawn of the Ladinian Period. On the one hand, the new shapes demonstrate that there was a certain degree of isolation of the sea basin of Mount San Giorgio, which was necessary for the incredible preservation of its fish and reptile fossils. On the other hand, the similarities between the plankton fossil from Mount San Giorgio and those of other sites around the world, maybe hundreds or thousands of kilometres away, prove the existence, about 242 million years ago, of a clear exchange of water mass with the ancient ocean of Tethys, and support a connection with others basins, from the Southern Alps, including the current Dolomites, going as far east as China.”