Varese blesses the wedding between sport and tourism. 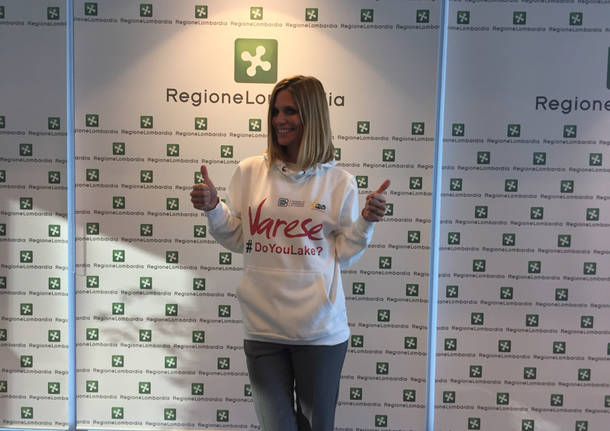 The “Varese sport commission” was born in Milan, but it is actually from Varese. The Chamber of Commerce of Varese was willing to create it; the project was officially introduced to the Region headquarters in front of all the representatives of the economic, touristic and sports world of the “seven lakes”.

The commission was created to offer, in a massive way, the possibility to spend the holidays in the area of Varese proposing treatment packages, that allows tourists to take part in a lot of sport events organized around this area.
This proposal focuses not only on big events, like the “Tre Valli” as the assessor Cattaneo underlined, but also on those that involve amateur and semi-professional athletes and their families.

This initiative has never been proposed before in Italy and also the Governor of the Region, Roberto Maroni, applauded it. “Our aim is to support good ideas and luckily Lombardy has a lot of them. The “Varese Sport Commission” is one of these ideas and we are very happy to take part in this project”, said the number one of Palazzo Lombardia, who is sustained by the assessors Antonio Rossi (a man who knows a lot about sport events, due to his Olympic results), and Mauro Parolini, responsible for the economic growth. Maroni added “the VSC is part of our initiative linked to the touristic promotion of the Region, that has a network able to go over the manufacturing. I want to thank the Chamber of Commerce, that, in spite of the cuts on the budget, has been able to collect all its power to develop this initiative”. Maroni also reminded that in the province of Varese there are four UNESCO sites; out of the total amount of UNESCO sites of Italy (50), 10 of them are in Lombardy.

If the headlines address to this interesting news that “covers” many fields, the flashes had as main target the neo-elected ambassador of VSC, the model and Swedish host Filippa Lagerback. Not a casual choice, in fact we don’t have to stop at the passport of the blond and appreciated host: “Filippa is part of our team with full rights; she’s been living near Varese for a long time, she is one of us. And “us” is a value of this initiative”, explained the president of the Chamber of Commerce, Renato Scapolan.

The person concerned, who is very active on social networks in proposing the beauty of Varese and its local area, explained : “I believe that Varese is a people-oriented city and that’s why I like it. I discovered many little details while cycling, now I live here. I really love it”.

The day, that ended with the official event, has been longer for many workers of the area of Varese: on the bus, that took the delegation to Milan, spoke different delegates about their role and about the sports and touristic experience. The  speech was opened by the general secretary of CamCom, Mauro Temperelli, (“our commission is the third in Italy and the first in Lombardy, a region where tourism is more and more important”) and continued with Scapolan and with the Federalberghi president, Brovelli. Then followed famous people like the delegate of Coni, Marco Caccianiga, entrepreneur Luca Spada (Eolo) and Rinaldo Corti (Elmec), the president of the soccer team Varese, Gabriele Ciavarrella, Gianni Chiapparo, Roberto Bof, Marco Dal Fior, Fabio Lunghi, Rudy Collini, Paola Ferrario, Margherita Acquadermi and Paola Alesini. Many voices for many ears to put together a lot of positive experiences that have deep roots in the local area.