The programme about Enzo Muscia received 23.88% of ratings

The story of the ex-employee from Saronno, who in 2012 took over a branch office on the verge of failure, was broadcast on television and directed by Nicola Campiotti 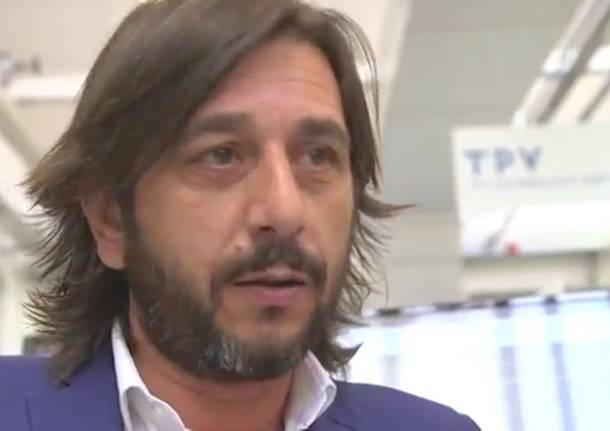 Willingness to start again. Courage. Dedication. These are the things that save you when you are close to the and, when everything is falling to pieces and hope seem to be fading.

Enzo Muscia, who is now a business manager of the A-Novo in Saronno, is no stranger to all these things. “Strength of will”, he could teach this subject at school, because thanks to it, he saved his company from failure.

This is a working “miracle” that is going to happen again near Turin, and which is going to be shown in a programme starring Beppe Fiorello.

His strength is an example of a positivity that provides new perspectives in a country where problems linked to work and human dignity are considered always less. This is why, in 2017, the President Sergio Mattarella conferred him the title of Cavaliere dell’ordine al merito della Repubblica Italiana.

This story is also told in the autobiography “Tutto per tutto” Roi Edizioni.

It was in 2012 that this employee started working to retain his and his colleagues’ dignity after that the French multinational they worked for, decided the previous year, not to invest in the Italian branch office any longer. At first, he was an electrotechnical worker, then he became a sales manager.

However, when the multinational decided to shut down and dismiss all the employees, Muscia’s life took an unexpected turn. He decided to mortgage his house and invest all his savings to take over and improve the fortunes of the company that dismissed him. It was the words of the receiver, who was incredulous too, that awoke his conscience: “Muscia, if you believe in it, you are the one who has to go on”.

It was at that very moment that he realised he couldn’t give up the only possible solution: to roll up his own sleeves to try and fill the gap in the buildings in Via Banfi. Today the company counts 38 workers, who are all ex-workers, and a turnover of two million euros.

Six years later, he recounts his success with joy, and he is determined to apply the model to other companies in trouble. Now, the businessman is looking at the old Samsung building in Turin. This good news will involve the current employees of the structure, allowing them to continue to lead their lives in peace. The joy of giving people a second chance is what drives Muscia to work so hard.

“There’s no work without workers. There is no procedure which is not based on trust. There is no success without the efforts of someone, and that by a team. This is the business I believe in.”

His story can be an inspiration for all those who live the discomfort of having to deal with unemployment and layoffs, without protection and with the obsession of not being able to find space in an increasingly exclusive society.

Muscia is played by Beppe Fiorello in the TV fiction “Il mondo sulle spalle” directed by Nicola Campiotti, Giacomo Campiotti’s son. Giacomo was born and raised in Casciago, before moving to Rome where he trained as a successful director, a career also undertaken by Nicola, and this is his first time with the TV.

A story told years ago also by Varesenews, who recently recorded a direct testimony of the entrepreneur who talks in a video clip.