“Varese in the World” thanks to the old posters

Philippe Daverio presented in Ville Ponti the exhibition desired by Univa: a book of images in which there are reproductions of old posters, labels, postcards, catalogues and other visual material used as advertisement tools by the companies of this area. 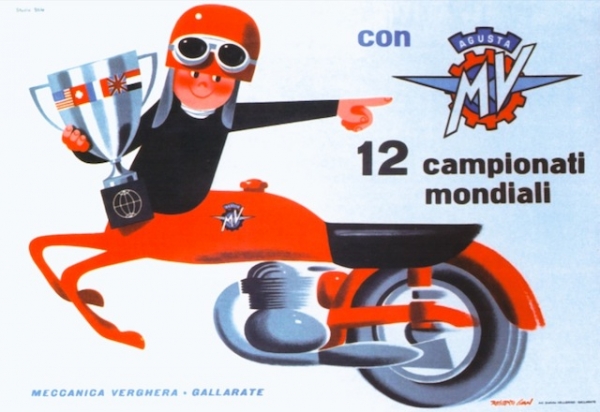 Today “Varese in the World” has been presented, a book of images that reproduce old posters, label, postcards, catalogues and other visual material used as advertisement tools by the companies of the province of Varese, and it has been written by the association of the industrialists of the province of Varese.
A proof is the attention given, also by the small and medium enterprises of the province, to a phenomenon that mixed together two sectors, industry and art, seemingly so far away between them but that reveal, even thanks to this book, an extraordinary reciprocal union.
This is supported by the presence of several manufactured products produced by the factories of Varese that are at the Museum of Modern Art, MoMa of New York and in the annuals of “Compasso d’Oro”, the most prestigious Italian award for Design with an importance, moreover, recognized all over the world.

The volume “Varese in the World” is a great portrait who crosses different artistic periods that followed one another during the twentieth century, showing an abundant representation of them. This is thanks to the fact that the enterprises of this area have often resorted to the Design (sometimes the less valuable ones by the itinerant designers who proposed stereotypes, or sometimes the most demanded by famous names, for example the one of Ivanhoe Gambini, one of the best advertising designer of all time who lived in this area).
We can find the heroic deed of flight, the pride of the constructive perfection, the satisfaction for the size achieved by the industry, described with the impressiveness of the buildings drew in the post cards. The boasting of the exportation, that sometimes was mixed with colonialist and nationalistic feelings of the twenty-year period characterized by the Fascism, the charm of the classic culture who lends, for the advertising iconography, the images of the ancient Hellenic Gods (for example the often-used Mercury, with his winged feet, who is the protector of commerce) or the great artists and thinkers of the past. And furthermore, the reproductions of painting which are considered icons of the figurative arts. In this way, it was possible to contribute to the spreading in the families of any class of the knowledge of real masterpieces of art (Italian or not) kept in the most important, and sometimes not accessible to anyone, museum of the world, through biscuits tins or chocolate boxes.
In his preface of the volume, Philippe Daverio wrote: “This book collects a part of the testimonies of that heroic deed, the one that the just-born communication of that period entrusted to the graphic. The quality of the images and the creativity of the contents are explained by more than some long economic analysis. The posters and the advertisements today look fresh in their quality. They attest an enthusiasm that the whole country remembers with nostalgia and show a transversal visual creativity that owes much to a period where the local iconographic language was cosmopolitan at the very first sight. In this collection of images there is a sense of model elegance and pride that should contribute to reestablish the trust to the ones who, today, has to face the new challenges of the global economy. We have to remember that the ones who managed to show such an intelligence will have the skills to follow the path drawn by fathers and grand-fathers.”
A selection of the most beautiful images of this volume will results in an traveling exhibition, that will take place in the four most important cities of the province: Varese, Busto Arsizio, Gallarate and Saronno, between the end of November 2012 and the beginning of February 2013.