From 11 to 18 March, the full calendar of events of Science Week is coming back, to spread scientific knowledge. “We’re making the dreams of our past come true, and laying the foundations for the dreams of the future.” 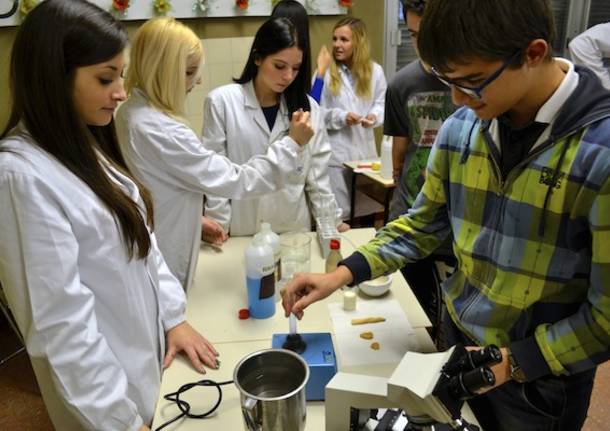 That’s the future is the theme of this year’s Science Week, the tenth, in Gallarate; from 11 to 18 March, the focus will be on themes of scientific interest, with a very full programme involving all of the schools in the town, part of the Officina Contemporanea.

“This year, the central idea fully represents the sense behind this initiative, because, now, in the present, we’re making the dreams of our past come true and, at the same time, laying the foundations for the dreams of the future,” the Principal, Nicoletta Danese, explained. As always, this week is counting on the participation of important organisations, from the Carlo Cattaneo University (LIUC), to the JRC, and has planned dozens of events, including lessons, meetings and exhibitions, some of which will also be open to the general public.

The first event, which is scheduled for Friday 11 March, is with Luigi Nicolais, who, for years, has supported the idea of research and of the future of Italy. Nicolais is the former Chairman of the Italian National Research Council, and at 6 p.m., he will be inaugurating the Week, at the Teatro del Popolo.

But that’s not all; we recommend the two show conferences that open and close the week dedicated to science. The first is scheduled for Friday 11 March, at 9 p.m. at the Teatro del Popolo, and involves Frank Raes, a former researcher at the JRC and theatre actor, who is going to talk about the past and future of humanity. The second, on Friday 18 March, at 9 p.m., at the Teatro Condominio, involves Fabrizio Benuzzi, a graduate of theoretical physics and a professional juggler, as the main speaker in Il giocoliere della scienza (The science juggler).

The topics covered include nanotechnologies, 3D printing, robotics, drones and (weather permitting) the stars. Cielo al Liceo (The Sky at High School) is the event organised at the high schools in Viale Dei Tigli, on Thursday 17 March, at 9 p.m., when it will be possible to observe the Moon and learn about the bodies that can be seen in space, using telescopes, with the help of experienced amateur astronomers from the associations FOAM13, and GAT, in Tradate.

More so than in previous years, the Science Week will be open to all of the schools. For one week, the students at the schools in Gallarate, from the youngest, at the nursery school, to those getting ready to go to university or to start work, will be the ambassadors of scientific knowledge in the town, with Palazzo Minoletti as the main venue for workshop activities, exhibitions, and displays in the field of Scienze in Piazza (Sciences in the Square). For the full programme of activities, click here.