A week to “learn” safety

This is the initiative promoted by the Gerolamo Cardano Comprehensive Institute: it involves hundreds of children and young people and, thanks to the collaboration with bodies and institutions, it concerns many different areas related to this topic. 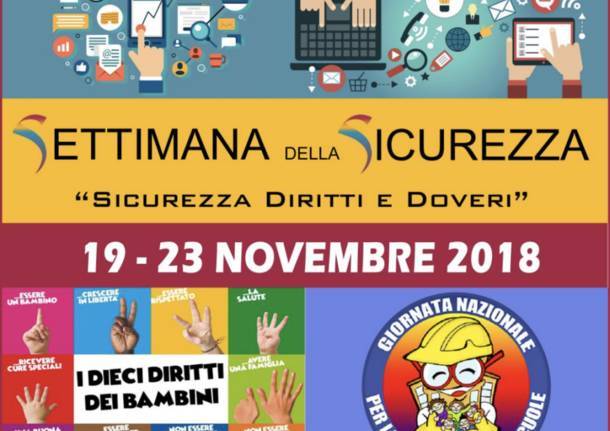 The “Safety Week”, an initiative of the Gerolamo Cardano Comprehensive Institute, has returned to Gallarate. It is an entire week dedicated to safety issues in the various areas in which children and young people can find themselves.

From the use of public transport to the prevention of bullying, from food safety to the issue of economic legality, there are many variations of the term “safety” that will be proposed, also taking into account the fact that the age groups involved are more than one, in the three educational cycles: from small children in nursery school to primary school children, to those in upper secondary schools.

It started last Monday, November 19, at 8.30 p.m. at the primary school A. Manzoni, with the introductory meeting, which is dedicated to the theme “rights and duties”. There will be the Mayor and other assessors, managers of the Territorial School Office of Varese, of the ATS Insubria, of the State Police, a criminologist, as well as teachers of the school, obviously.