Mantova Ciclabile, the large project for getting around the city slowly

With the installation of the “Fiera Catena” drawbridge, the work to construct the cycleway, which will make life easier for cyclists and connect the city to the main European networks of cycle and pedestrian paths, is almost complete. 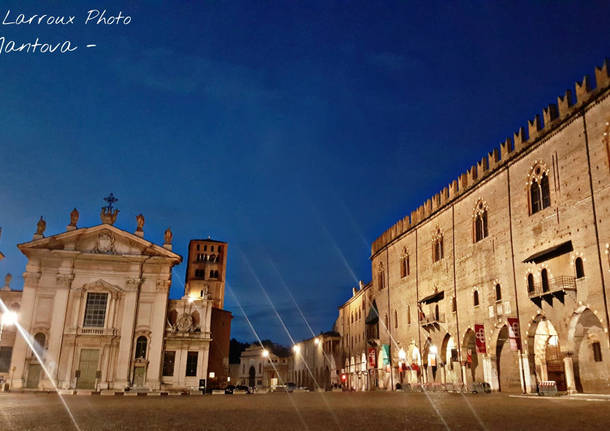 It goes from northern Europe to the Mediterranean, passing through Mantua, one of the most enchanting provincial capitals in Lombardy (photo by Andres Larroux). With the installation of the “Fiera Catena” drawbridge, the work for the large “Mantova Ciclabile” project is almost complete. It has entailed an investment of nearly €2 million, and has two goals: one relating to tourism, and the other to improve cycle and pedestrian mobility.

Once complete, this intervention (which is being funded with resources from the “Cycling mobility measure” of the European Regional Development Fund entrusted to Lombardy Region, and co-funded by the Mantua City Council and by San Giorgio Town Council) will connect the city via the Eurovelo 7 (from the North Cape to Malta), Bicitalia 1 (from San Candido to Palermo) and Ciclovia delle Risaie cycle and pedestrian networks. The total cost of the project amounts to €1,900,000 euros, which is made up of a contribution from the European Union (€800,000) and funding from Mantua City Council (€800,000) and San Giorgio Town Council (€300,000). The cost of the part B, for the construction of the drawbridge, amounts to just under €600,000.

Mantova Ciclabile is being led by the Mincio Park, which is also the contracting authority.

“The construction of such a complex project is the result of strategy and planning,” the President of the Mincio Park, Maurizio Pellizzer, explained during the presentation. “This is a historic moment for Mantua, which, as a result, becomes the junction of Europe’s cycling ‘highways’: this result has been achieved thanks to policies for investing in and exploiting the theme of sustainability.”

The drawbridge, which will be put in place, on Tuesday 29 and Wednesday 30 October, is an essential element for completion of the cycle path, and to promote sustainable mobility for the home-work and home-school routes between the city and a part of the hinterland. But the project is much broader: the creation of an articulated system of cycle-pedestrian routes has already been planned (the construction of the cycle path connecting the districts of Valletta Valsecchi and Fiera Catena to the Centre of Mantua, the connection of the districts Lunetta-Frassino with the City Centre, the connection of the district of Lunetta with the Municipality of San Giorgio Bigarello). These latter interventions (part A of the project) are also nearing completion.