Sterile gauzes and socks from Canton Ticino, for koalas burnt in Australia

A young animal lover reposted the appeal of a small hospital in Adelaide, which is taking care of the injured animals, and, in a few days, has collected a large amount of materials also from Italy 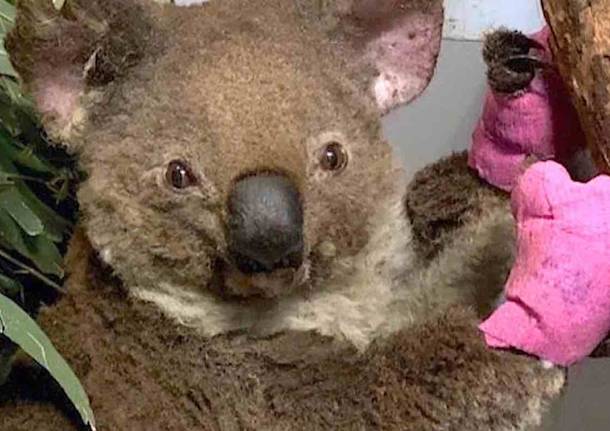 In the last few days, this real solidarity race has mobilised Canton Ticino to respond to the initiative of a young animal lover, who, together with her friends, wanted to do something concrete to help the volunteers and facilities that, in these terrible weeks of fires, are working hard to save the koalas and other animals that have been burnt.

According to the newspaper Ticino online who interviewed her, Nadia Parise came across an appeal on Facebook by a small hospital in Adelaide, who were asking for sterile gauzes and socks to treat the injured animals and, after getting in touch with the hospital’s managers, reposted the appeal on her profile, making herself available to collect the material and ship it to Australia. A great many people in Canton Ticino and in Italian border towns responded to the appeal, by sending a lot of material to the collection point; Nadia and her friends will now start sending the material, on Friday and Saturday.

“My gratitude will never be enough to thank all the people (and there are so many of you), who are supporting us in this great initiative, which is becoming so big and so precious. Our small Canton Ticino has shown itself to be supportive and fantastic, and our neighbour, Italy, is helping us, by doing what it can. You’re amazing!” Nadia wrote on her Facebook profile, posting images of the material received.

The Mayor of Lugano, Marco Borradori, came to hear about the initiative too and wanted to make a contribution, which he delivered in person to Nadia.

So many sterile gauzes and socks were received that Nadia has had to stop the collection temporarily. “We have so much material, and now we need to prepare what we have for the shipments on Friday and Saturday. I’ll keep you posted with photos of the shipments, and the authorities in Australia are going to send us photos, as soon as they receive the material. I’ll let you know more about the shipments, which are planned from next week onwards,” she wrote this morning.

Anyone that wants further information about this great initiative can follow the updates on Nadia’s profile, following the indications given in coordination with the Australian hospital.