During the week when Italy has made a timid restart, the National Trust for Italy (FAI) is organising the tenth year of this initiative. Voting has begun, and will continue until December 2020 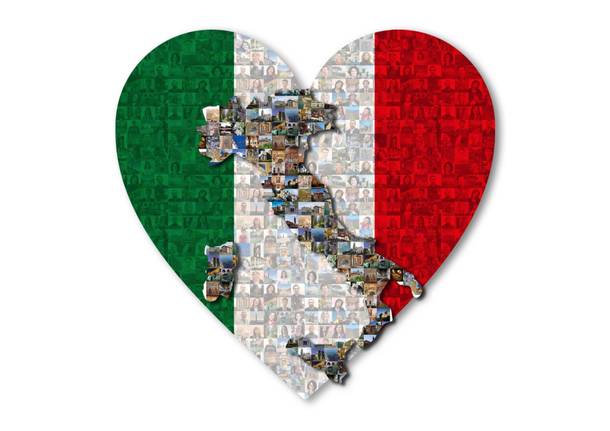 After two months of isolation, during the week when Italy has made a timid restart, the FAI is sending a strong signal. Today, it has decided to present, for the tenth time, its initiative “I luoghi del cuore” (“Favourite Places”), the nationwide campaign that invites people to vote for the places they love most. It is an opportunity, finally, for Italians to express the affection they have shown for their country, during these months of isolation. While the FAI’s museums, monuments and properties are still closed, out of necessity, this initiative allows us to continue to take care of our land and its treasures.

“As happens in love, absence makes the heart grow fonder,” explained Marco Magnifico, the FAI’s vice-president, as he began the online press conference. “In recent months, we’ve felt all the love for this country, and I believe that ‘Favourite Places’ is the ideal initiative for expressing this love; and all it takes is a click.”

Thus, “Favourite Places” is a driving force for starting again. It provides encouragement and a stimulus, from home, to make a difference and value the places we love most. “We would like to reach three million votes and from every part of Italy and of the world,” explained the organisers, recalling the journey of an initiative that began eighteen years ago.

From today, until 15 December 2020, everyone, from small villages and large cities alike, is invited to vote for their favourite places in Italy, which they would like to see protected and valued. This year, there will also be two special prizes: one dedicated to historical health facilities, that is, hospitals that made history, that are now abandoned or should be renovated, and one dedicated to Italy above 600 metres, that is, to the villages and many small towns around the country.

The history of the FAI’s Favourite Places

Since 2003, its first year, “Favourite Places” has been elected by millions of people as a sounding board to make their voices heard concerning which small and large beauties should not be forgotten. The results obtained are exceptional, they demonstrate the social value of the initiative, but also that it is a concrete and effective tool that puts the spotlight of public opinion on places that should be saved, protected or simply enhanced, because they are little known, and that contribute significantly to changing their fate. Thanks to the partnership with Intesa Sanpaolo, the FAI has supported and promoted no fewer than 119 projects to save and exploit artistic and natural places, in 19 regions.

On the nine occasions of this initiative, thanks to the more than 7 million votes received (of which more than 2.2 million were cast during the last year of the initiative, 2018), it was also possible to create a unique and spontaneous mapping of more than 37,000 of the most varied places, involving more than 80% of the Italian municipalities. Some were indicated by only one person, while for others, tens of thousands of people were mobilised. And more than 800 extraordinary, spontaneous committees were organised to collect votes, committees that have pursued with unparalleled tenacity the goal of giving their “favourite places” an chance to be reborn.

The first is dedicated to “Italy above 600 metres”, that is, to places that belong to the country’s inland mountain areas, which the FAI is also working on with the Project “Alpe”, and that alone cover 54% of the national territory; these areas have become the periphery of the country, lacking services and infrastructure, making living conditions more difficult; however, these areas are also characterised by unquestionable beauty, that is often intact and dominated by nature, where there live communities whose history, traditions and potential is there to be discovered.

The second relate to the “Historical Health Facilities”, architectural assets that have deep roots in our past, and that today, in the face of the health emergency, have become valiant garrisons protecting us all; these places speak of how much the wellbeing of the mind and body has ancient roots in our country, and a centuries-old tradition that ranges from the Roman baths to the historic pharmacies, from the hospitals created in the Renaissance to those of the late nineteenth and early twentieth centuries, which, now more than ever, are operating thanks to the tireless efforts of doctors and medical staff, dealing with the epidemic. As usual, the places that receive the most votes will be awarded, upon presentation of a concrete project: €50,000, €40,000 and €30,000 will go to the first, second and third places, respectively, and the place that receives the most Internet votes will be the subject of a video, storytelling or promotion, produced by the FAI. For the winners of the two special rankings, a total of €20,000 will be up for grabs.

After the publication of the results, the FAI and Intesa Sanpaolo will also launch the usual call for proposals for selecting projects, on the basis of which all owners (public or non-profit) and stakeholders in the sites that receive at least 2000 votes, may apply to the FAI for restoration work, enhancement work or an investigation to be carried out on the basis of specific action projects.

The strength of the FAI’s census does not stop there: thanks to the FAI’s extensive awareness-raising activities, participation in the initiative makes it possible to give prominence to the requests of communities, creating links with local authorities and stakeholders; virtuous collaborations that in some cases will enable the rebirth of assets that are in a state of decay, abandonment or even at risk of disappearing, by allocating additional funds over and above those made available by the FAI and Intesa Sanpaolo, as part of the project.

“The FAI is assembling the Italians around the nation’s heritage and announcing a new Favourite Places census. In this way, we’re shifting the focus from ourselves, for a moment, to others and to everyone’s favourite places. We are individuals, but also part of a national fabric that protects us (as we have seen with this new dreadful virus). The FAI is an organisation of civilised society, supported mainly by members and supporters. We’re not interested in competing for power or wealth, as is often the case in politics and the market; instead, we’re interested in joining all cultural institutions to cooperate in what is true and good and beautiful in our country and our fellow citizens. Italy, we love you,” said Andrea Carandini, the FAI’s President.

Since 2004, Intesa Sanpaolo has supported the FAI in this initiative to protect and value the country’s artistic and natural beauty, and has been involved personally. In addition to this, the bank has a countrywide reach, thanks to its presence in all of the Italian regions.

“Never before has the Favourite Places initiative brought such optimism and hope of soon returning to appreciate the artistic heritage that can be found in every corner of Italy. The inclusion of healthcare facilities, some of which are genuine architectural gems, that are often neglected and degraded, seals Intesa Sanpaolo’s great commitment to supporting the health service and research at this difficult moment for our country. Hospitals, nursing homes and pharmacies are silent witnesses of suffering and deserve attention and protection. Indicating them and voting for them to be restored is a genuine way of expressing our gratitude to the doctors and medical staff who work there every day,” said Gian Maria Gros-Pietro, the Chairman of Intesa Sanpaolo.

HOW TO PARTICIPATE IN THE CENSUS

In light of the health emergency, in this first phase, voting will be exclusively online, also using a wide range of social sharing materials.

The census is being carried out under the High Patronage of the President of the Republic and under the patronage of the Ministry of Cultural Heritage and Activities and Tourism. Also on this occasion, the state broadcasting company RAI confirms its commitment to caring for and protecting Italy’s cultural, artistic and natural heritage, with an awareness-raising campaign, from 25 to 31 May, supporting the 10th “Favourite Places” initiative, with a 7-day radio and television marathon, during which places and stories will be told that bear witness to the variety, beauty and uniqueness of Italy. RAI is the FAI’s Main Media Partner, and particularly supports the 2020 census, also thanks to the collaboration of RAI Responsabilità Sociale.