Today is the centenary of the great Sicilian writer’s birth. His family history is strictly linked to the harsh reality of the sulphur mines, where his grandfather, his father and his brother worked. 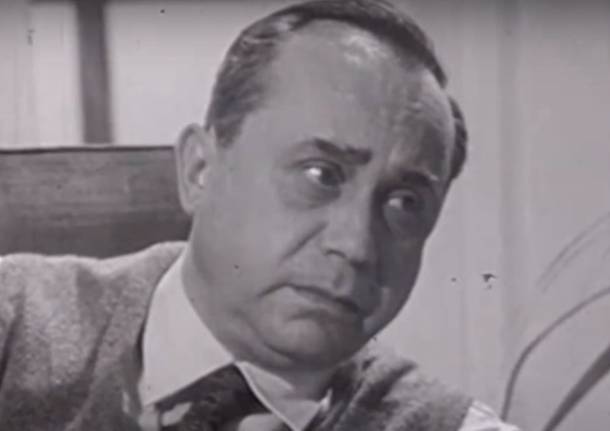 Today is the centenary of Leonardo Sciascia’s birth. He was born in Racalmuto, in the province of Agrigento, from Pasquale Sciascia, an employee, and Genoveffa Martorelli, a housewife.

Sciascia’s history is rooted in sulphur. His grandfather, Leonardo ,was first a “Caruso”, then foreman and administrator in the local mines; his father was the administrator of a sulphur mine in Àssaro, along with his younger son, Leonardo’s brother, a mine expert (they both ended up tragically: young Giuseppe took his life; his father was in prison for attempted murder). “Without the sulphur mine adventure, there wouldn’t have been the writing adventure, of the storytelling for Pirandello, Alessio di Giovanni, Rosso di San Domenico, Nino Savarese, Francesco Lanza. And for us,” Sciascia wrote.

Without sulphur, one could not explain his penetrating ability to read reality, his indignation when a man or a system exercises violence on another man, on a minority, on a society.

The two scholars Leopoldo Franchetti and Sidney Sonnino in their report “Inchiesta in Sicilia” of 1876 lifted a veil for the first time on the terrible reality of the zolfataras. Children (“carusi” in Sicilian) of five, six, seven years old carrying on their shoulders the load of sulphur from the depths to the surface. “We saw a group of these “carusi” coming out of the mouth of this tunnel where the temperature was very hot… Completely naked, dripping with sweat, and contracted under the very heavy weights they were carrying, after having climbed up, in that very hot temperature, a hundred or so metres underground, those tired and exhausted little bodies came out into the open air, where they had to walk another fifty metres, exposed to an icy wind”.

In 1899, Sicily was the supplier of 80% of the world’s sulphur. American writer Booker T. Washington describes that world as follows: « I cannot now know to what extent a physical hell exists in the other world, but a sulphur mine in Sicily is the closest thing to hell that I expect to see in this life”.

Hundred years have passed and now, with the Covid-19 acceleration, children risk becoming digital slaves. Italian Society of Paediatrics’ 2018 recommendations seem prehistoric: “No smartphones nor tablets before the age of two, during meals and before bedtime. Limit use to a maximum of 1 hour a day for children aged between 2 and 5 years and a maximum of 2 hours a day for those aged between 5 and 8 years.”

No birthday parties, no group games and poor relationships with peers interrupted children’s sociability during the pandemic. The psychoanalyst Ammaniti said: “The exploration and search for the world has been lost”.

Fifteen hours in the sulphur fumes or in the digital home bubble are not the same thing. But whether children or adults, one thing is certain: to develop, learn, know and love each other, we need the other in its wholeness and integrity. Something that only physical presence can fully give. We should hurry up, do well whatever it takes to get back to life and embrace each other. Something that only physical presence can fully give. And in the meantime we should read to our children a few books by Sciascia, an inconvenient Sicilian.

So says Leonardo Sciascia: “For thirty years now, I have had to come to terms, first with those who did not believe or did not want to believe in the existence of Mafia, and now with those who see nothing but the Mafia. From time to time I have been accused of slandering Sicily or of defending it too much; the physicists accused me of flouting science, the communists of joking about Stalin, the clerics of being godless, and so on. I am not infallible, but I believe I have spoken some incontrovertible truths.”