A nerdy miracle at Esino Lario

The story of how Esino Lario (in the province of Lecco) stole the Wikipedia world gathering 2016 from Manila, the capital city of Philippines, is a sort of Italian miracle version 2.0. Here is what happened. 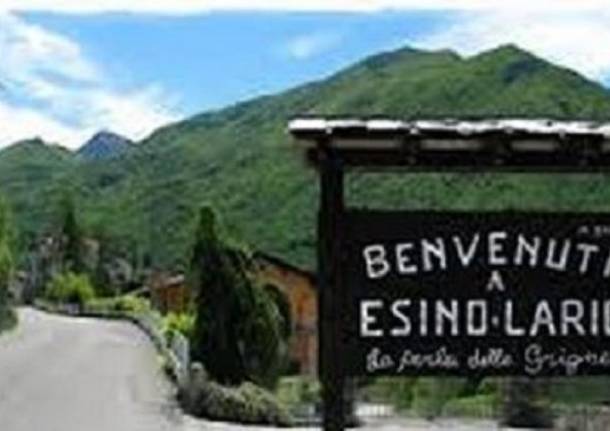 The story of how Esino Lario stole the Wikipedia world gathering 2016 from Manila proves that the Belpaese  – and, let us be proud of it, our areas – have no lack of real nerds, champions of technology, but also that, thankfully, there are Alpini and volunteers of the Civil Protection who are able to be passionate about the idea that 1,000 30-year-olds from all over the world will gather in one of the worst linked municipalities on the Lake Como (as far as roads and connections are concerned), in order to reflect for 15 days on how they can continue to create contents for the extraordinary global encyclopedia which has as a main source of guarantee the fact that anyone can correct it.

Once the Alpini, the volunteers of the Civil Protection and even the ladies that attend the church understood the importance of this event, they have concentrated all their efforts to make sure the project ended up successfully, to the point that the ladies gather every afternoon to learn English, in order to grant a good welcome to the guests, whereas the volunteers of the Civil Protection are studying all the operations necessary to grant their safety and security, and the Alpini are cleaning the trails for those who will go on a mountain trip or whatever they please.

“Esino Lario won against Manila thanks to the team it showed off,” said Iolanda Pensa, supervisor of the event Wikimania 2016, without hesitation. She started to spread her idea among institutions and companies to set up a project that, at least at the beginning, seemed bizarre. “The institutions, at the start, had actually defined it ‘crazy’. Then, luckily, somebody started to believe in it and the project went on.”

One of the first people was Luca Spada. “One and a half years ago Iolanda Pensa showed up in my office, telling me about her project, and saying that she absolutely needed bandwidth in the little municipality. Perhaps she expected that I’d answered her rudely, but actually I was enthusiastic,” commented the founder of Eolo. “I was born in Malgesso, so  I’ve known the bad conditions of the infrastructures since I was a kid. I have founded a company also because I wanted to bring a broadband connection even to the most isolated places. So we thought it through, and now we can say we made it.”

Spada involved in this adventure also Rinaldo Ballerio and his company Elmec, asking him to collaborate in order to create the infrastructures needed, and, in general, the necessary hardware. “We were very pleased to accept, since we’d seen in this David-versus-Goliath challenge the same difficulties that also Elmec, which, compared to the giants of the industry is a small enterprise, faces everyday.

In the meantime, Esino Lario has elected a new major. He is the engineer Pietro Pensa from Busto Arsizio, who, until a few years ago, went to that little town only during weekends, since his parents used to live there, before they moved to the province of Varese. “I actually feel like a citizen of Esino who lives in Busto Arsizio,  rather than a citizen of Busto, and I’m telling this because we’re very different,” Pensa explains. “When we decide to do something, we’ll do it the best way, even if it is organising a nativity scene representation for the children of the town.”  So the subcontracts, which were given by local companies to restore the public areas of the town, have become a form of collective volunteering which compensates all that the fundings that the municipality is not able to allocate. Safety and security were entrusted to the Civil Protection, while local producers organise the tastings.

And finally, there comes also the “cavalry”; the Region has granted the restoration of the 40-year-old infrastructures, by giving hundreds of million euros for what was becoming a very important event. For example, Esino has only one – all curves – road which links the town to Varenna, and even that, in the end, has been restored.

“We haven’t only thought about fixing things, but we have also given subsides, so that the alderman could “support” the reception of the guests,” explains Roberto Maroni, President of the Region Lombardy. “We wish that Esino would become a role model for the municipalities of the Region; it is very important to have the courage to organise ambitious events, which can build up the future of the municipality.”

However it goes, Esino has already made its “qualitative leap”; besides the good memory of thousands of nerds from all over the world, this event will leave the town also the inheritance of a bandwidth, the restoration of the former cinema, free municipal wifi, and even the electrical systems in schools that were brought up to norm. It is a very good achievement, for a “technology-fanatic dream” which seemed impossible to accomplish.