Filosofarti “calls” the town, and not only that: “Support the 2018 edition”

The lack of subsidies from the host Municipality and from the Region will place the festival in difficulties, which is based on cultural volunteering but must also cope with some costs. 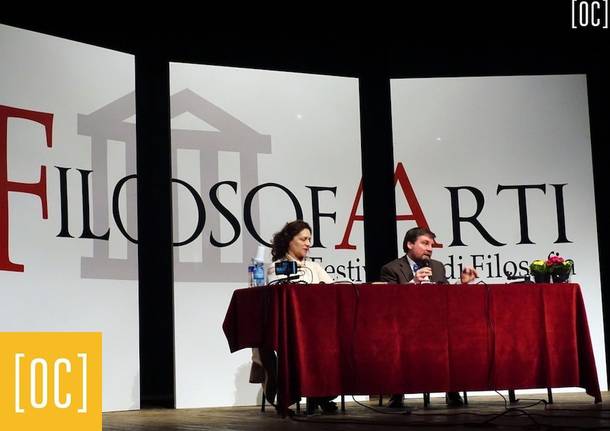 This festival has been going on for 14 years and has its strength in the cultural volunteering and the associations net, but also needs funds to cope with costs. This year, after the Municipality of Gallarate bailed out and the Region decided not to give any contributions, Filosofarti has sent an SOS to the town and to the affectionate community (from Lombardy, and not only). The base objective is to collect 5 thousand euros from the Fundraising platform.

In the past few years Filosofarti has been a great success, with bursting rooms, many different events and an increasingly bigger net, but has had to cope with always higher costs and less subsidies. To the extent that last Friday the promoters were forced to announce the decision to introduce a ticket (although still accessible, 5 euros) for the most attended events, that is to say the meetings with Galimberti, Massimo Recalcati and Gad Lerner.

“In the past seven years there has always been a contribution, of varying extent, from the municipal administration, and, in the last two years, also from the Lombardy Region,” claimed Cristina Boracchi. But this year, on one hand, there has been the cut of the municipal subsidy, and, on the other, the recognition from the Lombardy Region, which unfortunately has run out of the specific funds: even though the 2018 edition of Filosofarti was admitted in the ranking, the Region also included the festival of the Year of the Lombardy Culture.

“In November we learnt about the lack of the regional subsidy, we revised the program and we partly reduced the number of the events.” But to preserve the quality, they also need a financial support. “Behind all this there is a structure of cultural volunteering, a free of charge dedication, but we also need to cope with the costs for the rooms, the relators and the press.”

This year the festival is supported by the administrations of Busto Arsizio, Arsago Seprio, Cardano al Campo and Besnate, which make spaces (rooms, theatres etc.) available and take the responsibility of specific events.

Apart from the municipalities, there is also the commitment of “a lot of cultural realities that support us by promoting single events or by bearing the costs of some events.” Among them there are also two professional associations (architects and psychologists).

And now the appeal to the supporters is proposed again: “On the website www.filosofarti.it/sostienici, it is possible to make donations, starting from ten euros” explains the architect Marco Colnago, one of the volunteers of the festival. Gadgets like pencils, t-shirts made by Yamamay and notebooks are offered in exchange for the donations. “The prearranged budget of 5 thousand euros is purely indicative: we’d need a lot more, the double at least.” The crowdfunding grants the certainty of the resources to the organisers, before starting the 2018 edition. However, it will be possible to donate during the festival events as well. Also in this case, gadgets (like the primroses, which have become a symbol) will be offered as souvenirs in exchange.

This year, gatherings, lectures and theatre shows will have “Paideia-educating” as a theme, which will be addressed in various ways. All of this is carried on with a full-court confrontation (among different cultural and political approaches), which is claimed as a “method to build the polis, a communicative polis.”

The program, very rich as always, will be presented in a few weeks, with some news as well (some events in Varese, the participation of the Chairman of the Antimafia Committee of the Region). This year as well, schools will be extremely important, “Bookings have been made since October, by elementary schools for Teatro del Buratto, middle schools and various high schools of the province.” explains Francesca Rigolio, another volunteer of the festival, “We also have an institute in Milan for the show ‘Apologia di Socrate’ with the Carlo Rivolta company. There has been such an interest for this show, that we had to add a fourth date for the performance.”

“The vast majority agreed with this proposal” adds don Alberto Dell’Orto of Teatro delle Arti, which is the reference point, from where the experience, which today is part of the “experience of life” made by many not just in the city, started.