Last day of work for Giorgio Zanzi, prefect of Varese

The prefect is retiring. His tale of the years spent in Varese. From tomorrow, to perform the functions of prefect, will be the deputy Prefect Roberto Bolognesi 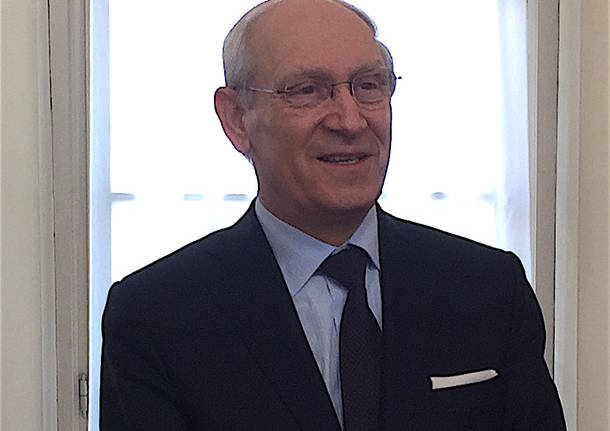 Last day as a Prefect for Giorgio Zanzi. Today he went to the Varese town hall to give a quick salute on the sidelines of the press conference where the new neighbourhood police were presented. And the photo that portrays him with the mayor and the deputy mayor will probably be the last “Varesina” photo for his role.

The story of Giorgio Zanzi is combined in a strong way with the city of Varese. Here he began his career as a judicial secretary and since then the changes have always characterized him in the service of the public administration. Four years as general secretary of the province and from there the big jump in 2009 as prefect of Verbania. Two and a half years later he would return to his hometown and since then he has never left Varese.

“Today is my last day,” tells Giorgio Zanzi, “because with the rules of the administration with my 65 years I have reached the age of retirement and therefore I must leave. I’m a little bit sorry because I really like my job. I had the good fortune to spend seven years here and it is a real exception because normally the prefects have a rotation after a few seasons in the same city.”

“I have many memories during these years,” continues the prefect, “because Varese is an interesting but also complex place. Thanks to Malpensa I met most of the heads of State who made a stopover in our airport. When the government cannot be present with its own representative, it often delegates the prefect and so I had the honour of shaking hands with many personalities. Of course, the job was not just that. During these years we have faced several delicate situations. When I arrived in Varese we had to organize the reception of many North Africans after the crises of 2011. Shortly after we were invested by the emergency for migrants and this has taken up a lot of work.”

“In seven years I have seen coming and going five police superintendents, the same number regarding the fire departments, and many other leading figures of the police department and with each one of them we had a great cooperation.” Said Zanzi.

Giorgio Zanzi is retiring, but he will not spend not even a day at rest.

“I’ve been nominated commissioner of the municipality of Seregno, A solid reality of the lower Brianza with fifty thousand habitants.

They asked me and I’ve accepted with pleasure. In any case, I will remain a citizen of Varese and I will continue to live here.”

The best wishes for his future from the editorial staff.

“ During these years,” commented Marco Giovannelli, director of the newspaper, “it has always been a pleasure to cooperate with the prefect. A thorough person and always available even when matters ahead were complicated and insidious. He has played his role being always careful about the territory and its different interlocutors.

We thank him deeply also for the relationship that he had with our newspaper. We wish him the best, with his activities and for what he will still be able to do for Varese as a citizen. “

The governent have not yet decided who will take the place of Giorgio Zanzi. The nomination could arrive from one of the next Councils of Ministers.

From tomorrow the vice prefect deputy Roberto Bolognesi will manage the duties of the prefect.