Pink chocolate, the sweet invention that is also appreciated by the eyes

This curious variation has already seduced the confectioners and the chocolate masters and is now preparing to reach the large-scale distribution. 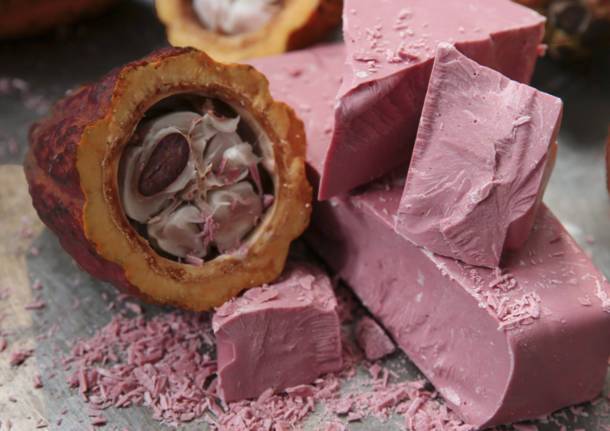 Pink chocolate is the innovation of the moment, but its history is unknown to many people.

After it was presented last year at an exclusive event in Shanghai, it has just been launched on the market and it seems to have become one of the favourite ingredients of sweet producers.

This new variation is the result of years of study of Jacobs University and of the Swiss company Barry Callebaut, leader in the high-quality chocolate production that, with 11,500 employees and sixty branches, manages almost 25% of the cocoa-based products consumed around the world and owns historical brands such as Van Houten and Bensdorp.

The last invention is now called the “fourth chocolate”, since it officially joins the milk, dark and white chocolate and it is considered to be “one of the greatest discoveries of this sector of the last eighty years.”

Its peculiarity is the pink colour, which gave it the name of “ruby chocolate”. Its production does not involve any chemical process or the addition of artificial flavourings, colourings or additives, but the use of ruby-coloured cocoa beans harvested in Ivory Coast, Brazil and Ecuador. As well as being particularly pleasing to the eye, the most attractive feature is the completely new taste experience, since this product is neither bitter nor sweet and does not have the taste of milk, but consists in a tension between the aroma of berries and a delicate sweetness.