The purpose of the project was to put under the microscope the risks associated with new generation media, since they are linked to serious events which have sadly become famous. 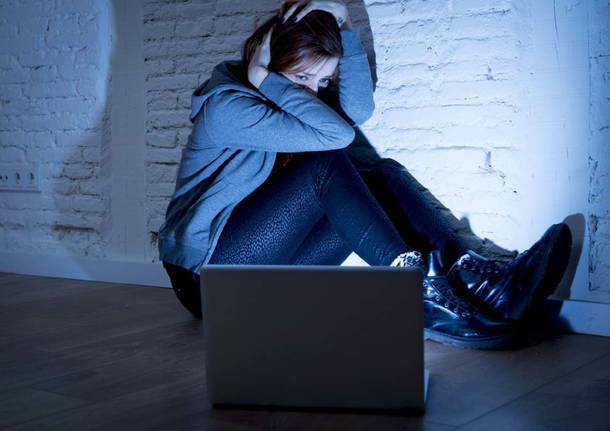 In 2018, as part of a mutual and fruitful collaboration between schools and institutions, a project on the subject of cyberbullying was launched with professional experts in the field.

This project, called “#IoCliccoPositivo”, was funded in accordance with Law 285/97 (Children and Adolescents Human Rights) and has attracted considerable interest from the recipients, i.e. students of local secondary schools, which use new media on a daily basis.

We made use of Pepita ONLUS (Nonprofit Organisation), which accompanied us on this journey with professionals experienced in the design, implementation and evaluation of educational interventions and which has been active, for more than ten years, in the prevention of bullying in all its forms.

In 2010, Pepita received a special mention at the “Premio Amico della Famiglia”, an award announced by the Presidency of the Council of Ministers.

The Department of Social Services, which has always cared about the theme of adolescence, has the task of enhancing the elements of education, in the belief that in every child or adolescent there are resources to be expressed or supported in order to grow away from youth distress.

The aim of the project was to put under the microscope the risks associated with new generation media, since they are linked to serious episodes resulting from apparent group stunts, consisting of photographs or other questionable evidence of courage, that circulate immediately online.

The project was carried out at the Istituto Comprensivo in Luino and at the one in Germignaga, it involved 33 classes and more than 600 secondary school students. The general objective that drove the project was to make boys and girls more aware of the theme of cyberbullying and more responsible in the use of social networks and the Internet, starting from their experience in everyday life. The project, in particular, was divided into meetings, each of which was characterized by specific objectives:

– to inform students about the risks and opportunities of the web and make them understand that everything that happens in a network of relationships of which we are part involves us and concerns us;

– to underline the importance of words, how we use them and the meaning we give to them in comments and chats;

– to promote a reflection related to a real situation and how it can be managed.

The project that started last year is related to the theme of sexting. The aim, in particular, was to reflect on the risks related to this phenomenon and to the total loss of identity that comes from sharing messages and videos of specifically sexual content (Law 71/17).

Meetings on all the dangers that can be found on the web were held in the classes: these activities provide the chance of introducing the topic of young people and how they live the web, which is a ball of yarn where users intertwine even if they do not know each other personally.

However, there is a risk of being imprisoned if we do not make a conscious and responsible use, and we have referred to many practical examples in the classes. The aim was to make the pupils reflect on the fact that the words put on the web remain forever.

All the activities were carried out in a fun way and all the contents of the workshops highlighted the critical issues to deal with.

The classes, even if with different degrees, actively participated in the meetings and the discussions always started from the activity and from the experiences that the adolescents told. As we got to the heart of the intervention, we noticed a desire to know and deepen the topics discussed, also because the students live the web environment many hours a day and it touches their interests. In some young people, in particular, there is a willingness to know the specific dynamics and the complex mechanisms behind.

Few young people do not have a personal smartphone: although they use many applications, they do not know and perceive some mechanisms: especially the ephemerality of privacy and the permanence of shared content. In general, the awareness of the phenomenon of cyberbullying is very low: adolescents perceive it as something that happens to others, “not to people close to me”, and they tend to detect cyberbullying when the phenomenon affects other people, but never when that is related to friends and family.

“The first part of the project involving schools and social services in the field of education and awareness of cyberbullying has come to an end,” commented Caterina Franzetti, Councillor for Social Services. “I am aware that cyberbullying should not be a single event, a theme, a meeting, but that children should be provided with tools through workshops that facilitate their knowledge, as the Department has done so far, with professionals who put their high level of experience into practice.