Agreement on the accounts in Swiss: “A disaster for Ticino”

While Rome and Bern argue over the details about the fiscal agreement, the party of Bignasca promises to fight: “Employment and financial market at risk in the Canton” 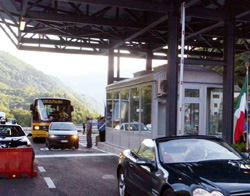 Switzerland could reach an agreement with Italy before Christmas, but Italy is taking its time and the Canton Ticino is starting to complain. There is tension around the negotiation between Rome and Bern concerning the financial arrangements. In fact, the stakes are high for both countries. For Switzerland it is high because of the need to defend the bank confidentiality from the pressure of the EU, and for Italy because of the struggle against tax evasion. According to some estimates, in the Swiss banks, Italians have deposited about 120-150 billions of euros and the Italian tax office could earn about ten billions euros by reaching an agreement with Switzerland. The accord that is being studying by these countries is not yet finished but it could be similar to others already adopted in the past among Switzerland, Germany, Austria and England.

Agreement by Christmas? – The first to express himself by announcing also some deadlines, was the Swiss ambassador Oscar Knapp, who declared to the Ansa that the fiscal agreement between Switzerland and Italy could be finished by the 21st of December. The ambassador also pointed out that the meetings of the two countries’ delegates have intensified since this summer, taking place, in some cases, also every week. On the contrary, Italy doesn’t say nothing about its deadlines: “We are working hard, but there are again some problems on the table concerning the transparency, laundering and information exchange” declared the Financial Minister Vittorio Grilli, who adds, “It’s too soon to talk about figures: instead of discussing them, we need to see the parameters of the agreement.” Anyway, the negotiation is in progress at the moment. Among the ideas of the highlights of the agreement it was also mentioned the possibility of forecasting rates between 30 and 35%. At this percentage apparently amount the charging on the business activities hold by Switzerland.

A billionaire agreement– In the opinion of the former minister Renato Brunetta the fiscal pact with the Switzerland could give back "from 25 to 35 billions" as a one time offering, and add to them an important permanent internal revenue.

The Ticino League political party: "A catastrophe for the Ticino"- When the political party of Bignasca were informed about an agreement during the last stage, it promises a fight: the League “announces from now that it will oppose with all its strength and with every means to whichever fiscal agreements with Italy that could include a rate higher than 8-10%. So, in the case of the passage of a higher rate, the League will launch a referendum against an agreement that would cause a disaster in the employment in the financial market of the Ticino. In fact, rates of this kind could be catastrophic, and they mustn’t be accepted in any case. Not even a Federal Council, whose politics is the all-out breakdown, could reach such agreements, at our expense.”