The secular trees among history, legend and scientific research

From the old “Beech of Cuvio”, to the 3-centuries-old oak of Como. Passing from the big tree and from the Villa Mirabello cedar. For two days the city hosts a national rendezvous about monumental trees 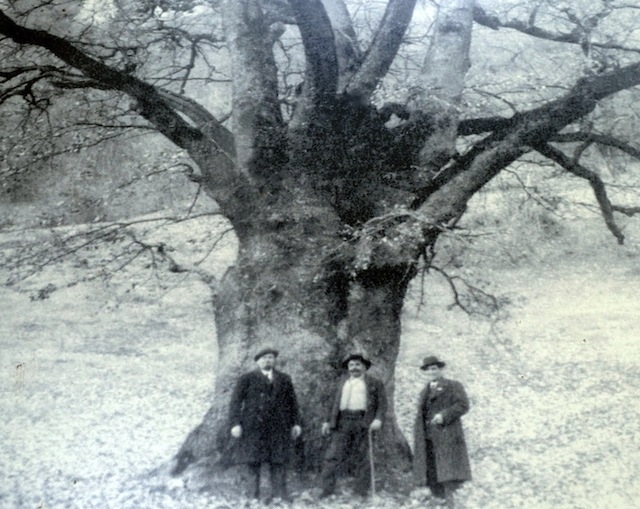 Bizzozzero, old historian of 1800, wrote that the source of virility, legendary ancestor of the modern Viagra, once flowed from the “Beech of Cuvio”. Instead, it seems that the wise old men who administered justice and took important decisions for the community used to meet under the “Rogolone” ( photo ), a more than 300 year-old oak in the area near Como. And when, on the 17 August of 1859, Vittorio Emanuele of Savoia visited Varese, he would stay at Villa Mirabello, where, for the occasion, the great Cedar of Lebanon that today attracts the admiration of Varese inhabitants and tourists were planted.

The secular trees in our territory are many, just like the stories of nearby inhabitants and the legends they created. And the national importance meeting which will be the next 22nd and 23rd November is dedicated just to them, when at the Centro Congressi Ville Ponti in Varese, there will be the first international convention “The Monumentals. Culture, philosophy and technique of the monumental trees”, promoted and organised by the M.A.I. (Modern Arboriculture Institute), with the partner A.S.R. (Rural Development Association) and Jardin Suisse (an association that regroups the professional gardeners of the Canton Ticino founded in 1932) and in collaboration with the Lombardy Region and the Camera di Commercio di Varese.

The major experts of the sector and relators of international fame, who will present a research on the condition of monumental trees in different worldwide ecosystems and on the historic and cultural importance of these arboreal exemplars, will be present.

The sessions previewed in these 2 days are four:

The 22nd of November, after the greeting of the authorities, the first session named “The culture and the philosophy of the Monumentals” will have a cultural aim and important persons in the arboriculture and Italian and international naturalistic culture will take part in this event, like Francesco Decembrini from Trentino, a landscape artist of international fame; the English Ted Green, founder of the “Veteran Tree Association”, member of the Order of the British Empire,  a legend for the nature lovers; Tiziano Fratus, writer and poet, the homo-radix, also known as “the tree seeker”. The chair of the first session will be Doctor Ferruccio Maruca of the Regione Lombardia.

The second session of the first day will deal with the “monumentals in the world” topic, and relators coming from different parts of the world will take part: from Italy, with Michele Cirulli, president of the SIA (Italian Arboricolture Society); from Switzerland, with Alberto Stierlin, emeritus president of the Master Swiss Gardeners; from Australia, with Nick Rivett, student of Alex Shigo, father of the Modern Arboriculture; from Norway, with Glen Read; and, from Poland, with Marek Siewniak, professor of the Brno University. The journalist Andreina de Tomassi will chair.

The 23rd of November in the morning, the third session “Technique and Monumentals” will take place: it will have a technical aim, the relators, the top of the international scientific scene, will define the current biological knowledge and the future perspectives.

Francis Schwarze, professor of the Fribourg University, director of the EMPA (Swiss Federal Institute for the wood technology) will start with a research on the relation between mushrooms and trees; then, it will be the turn of Fay Neville, British expert in specific healing to the veterans; and then again, the German Lothar Wessolly, among the maximum experts in plants statics that will bring again his studies for the safeguard of the secular chestnut-tree of Anna Frank in Amsterdam, the Italian Daniele Zanzi of the Modern Arboriculture Institute, with a relation on the progresses of the modern arboriculture during the last decades. The chair will be Doctor Pietro Cardani of the Varese municipality.

The fourth and last session, “Censing for knowing”, will have as relators Laura Mendiburu, agriculturist from Madrid; Jaroslav Kolarik, from Czech Republic , who will present an innovative program for the census.; Marcellina Bertolinelli, CONAF advisor (Council of the national order of agriculturist doctors and forester doctors), focusing on the figure of the agriculturists and woodmen in the conservation of the arboreal heritage. The chair of this session will be Doctor Alessandro Carugati, President of the Order of Agriculturists and Woodmen of Varese.

To emphasise in this session the Presentation of the technical results of the Project of census “Pro Arbora” – INTERREG Programme of cross-border Italy-Switzerland cooperation, which have as chief the M.A.I. (Modern Arboriculture Institute) and as partner the A.S.R. (Rural Development Association) and Jardin Suisse (association that regroups the professional gardeners of the Canton Ticino, founded in 1932).

The team Pro Arbora constituted by Cecilia Zanzi, Mattia Castigioni, Ambrogio Zanzi and Giuseppe Leo, will present to the public: the results of the project “Pro Arbora” in which almost 200 trees have been censed as monumentals between the Como and Varese provinces, with over 1000 photos published in the www.proarbora.it site, constantly updated.

In addition to the convention, the programme offers even a series of collateral events that are sponsored by the Varese municipality. The initiative are: open houses on the “Piantone” of Varese; the experts in front of the illustrious “patient” for a difficult and emblematic case – workshop and seminars at the Giardini Estensi of Varese and the Ville Ponti park – “Pro Arbora” itinerary, to the discovery of the botanic ways created in the homonym project – presentation of the “Alberi e Varese” book with the authors Daniele Zanzi and Carlo Meazza – shopping in the “green” shops of Varese, with windows dedicated to the champion trees “Monumentals displayed” – literary meeting “Writers for the trees” with Tiziano Fratus, Daniele Zanzi and Silvio Raffo – land art in exposition, with works from international artists – meeting and debate among urbanists, technicians, politicians and citizens about the future of the Città Giardino – visits to the historical private and public gardens of Varese, open for everyone – planting a tree, commemorative exemplar of the convention.