The data furnished by the regional observatory for the Integration and the Multiethnicity underline the capabilities of the territory to welcome the foreigners. But the arrivals are in clear decrease 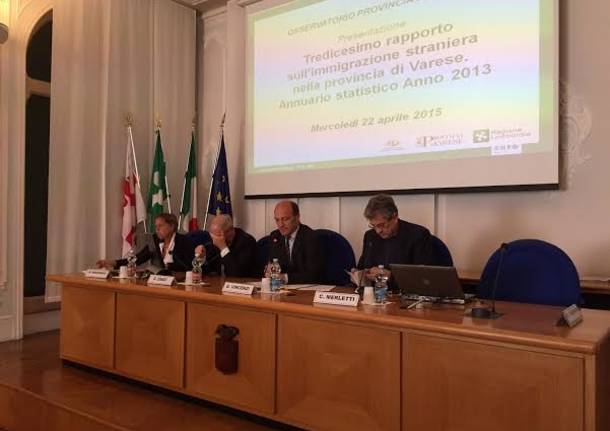 Citizens of East Europe, with a steady employment and a house in lease or in ownership. The identikit of the foreigner who lives in the province of Varese shows a good integration in the society.

Despite being the fourth province in Lombardy for the number of immigrants, Varese  counts  less than 80,000, a number that has quadrupled since the  beginning of the century thanks most of all to the arrivals in the first years, while the trend has been interrupted since 2009 when the crisis started. So the percentage of the irregular has decreased: in 2013 they were 6,000 and they fell to 5,000 last year.
The photo contained in the thirteenth report about  foreign immigration compiled by the regional observatory for the integration and the multiethnicity shows a social fabric in continuous evolution: in comparison to 15 years ago the greatest component is represented today by immigrants from East Europe, first of all Albania ( 14,000 presences), Romania (10,000 presences) and Ukraine with 5 thousand citizens. Only the number of foreigners coming from Morocco remains high ( 11,000).

In the last 5 years, however, also because of the economic crisis, we have started to see an inverse phenomenon: foreigners who leave the territory to find opportunities in other countries or in their home country. ” In 1981, professor Gian Charles Blangiardo lecturer at the Bicocca University said, it was recorded the same population that we have today, despite the arrival of 80,000 foreigners. A figure that explains how, only thanks to the foreigners, there is a demographic growth. But the crisis has stopped this wave that, however won’t be eternal, because the same countries from where these citizens depart  will soon have to face a demographic emergency. At that point, we can hypothesize that the arrivals from East Europe will be replaced by the immigrants from the Sub Saharan territories where the index of growth should remained elevated also in next decade.”

Studies like the one introduced today at Villa Recalcati, in presence of the President of the Province Gunnar Vincenzi, of the Prefect Giorgio Zanzi and of the executive of the scholastic office Claudio Merletti, serve, in fact, to define policies of migratory and  promotion of social integration for the administrations.

Beyond the forecasts, today we can say that Varese has been able to welcome 80,000 more residents without uneasiness or jolts: the regular workers are 42% while the unemployed have returned to 12%  in 2013, after years of great opportunities with a percentage of unemployment of 3% in 2006. Four foreigners out of five  live in private residences with their family: renting remains diffused but it is recorded in the province the highest rate of real estate owners of Lombardy with 33%.

Today the one that lives in the province of Varese  is most of all a first generation immigrant , resident or permanent for at least ten years (50%). And this also reflects on the presences at school where we have been assisting for a few years  the passing of the foreigners of second generation on those who arrived directly in Italy.
Many data collected in the investigation done in 17 communes of the territory, involving 350 people more than 15 years old, speak about a province that places over the regional average index of total integration. In the last years it happened only one change of the identikit of the foreigner:  women are the majority (52%) who are on average between  32 and  38 years old and her religion is predominantly Christian orthodox.

In his opening discussion, the President Vincenzi wanted to remind us the emergency that today Italy has to face: “Everyone has to do something and we don’t have to use this matter for political issues. Everyone has to do their part”.

The Prefect Zanzi assured the maximum engagement in the territory to manage the reception while the executive scholastic Merletti confirmed the priority role of the school as a place of integration and harmonization of the differences.