Mayor Bertuletti has been “forgiven” by the majority of the town council but not by the citizens.

The vote of no confidence against the Mayor of Gazzada Schianno of the Lega party, advanced after she posted an offensive comment on the day of remembrance, is rejected. One of the municipal councillor resigns. 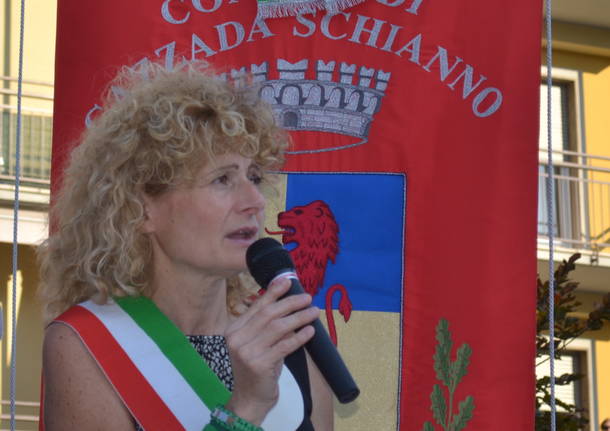 “Mayor, you are unworthy of your title and unable to shoulder the responsibilities which come with it. Please, take note of this fact and resign.” This were the words of the minority councillor Paolo Trevisan at the end of the meeting of the town council for the vote of no confidence made against Cristina Bertuletti, Mayor of Gazzada Schianno and a member of the Lega party, guilty of having posted on Facebook an offensive comment on the day of remembrance. The motion has been rejected with eight votes against (including the Mayor’s) and only five in favour. This result may have been trivial on the number standpoint, but it was not so in terms of the debate carried on by the town councillors in a room crowded by other citizens.

MAJOR BERTULETTI IS A REPEAT OFFENDER.

The meeting of the town council opened with the ban on visual recording. Then it was the minority councillor Guglielmo Bossi’s turn to speak who, after reading the motion of censure, explained in three words (example, consistency and trust) the reasons why Cristiana Bertuletti was an irresponsible person. “The Mayor is giving a bad example, she lacks consistency and has betrayed again and again the trust of the citizens,” said Bossi.

Behaving again and again in, to say the least, a less then exemplar way, has been brought to the attention also by Benedetta Minonzio and Angelo Carabelli, also minority councillors. The offensive post on the day of remembrance is but the last of “a series of shameful acts” which had shed infamy on Gazzada Schianno by making the national newspapers. “We reply with an abyss of good to an abyss of evil” said Benedetta Minonzio quoting saint John Paul II.

ONE OF THE MAJORITY COUNCILLOR RESIGNS

The majority councillor and member of the Lega party Giovanni Brusa has with tearful eyes announced his resignation and voted in favour of the motion of censure. “In my family there is a person who spent four years in a concentration camp. I can’t condone the worlds of Cristiana Bertuletti this time. My resignation has to be given in the course of this council meeting.” A resignation which personally affected the Mayor even more because, as reminded by Brusa himself, it was she who invited him to be one of her majority councillors.

THE MAYOR DEFEND HERSELF

Cristiana Bertuletti tried to defend her action, admitting that she had indeed posted a comment which was “a bit strong”. Sometimes however the cure is worse then the illness because as soon as the words with which she was trying to justify herself left her mouth (“I was going through a terrible period, my father was dying”) the public reacted shouting “Shame.” The major then continued saying that “I admit having written something despicable but it was not my intent to offend the victims of any kind of persecution. It has been difficult for me to look my majority councillors in the eyes and admit having embarrassed them. For this I ask for forgiveness.”

THE NEED FOR SPECIAL COMMISSIONERS

It was a very stressful council meeting to the point of requiring a suspension and the presence of both the carabinieri and the local police. When the meeting resumed the majority councillor Francesco Beati asked if those who had called for a vote of no confidence were aware of the consequences which the presence of special commissioners would have for the town and the citizens. Those worlds turned into an assist to Trevisan who replied: “Of course we need special commissioners! We should finally shed light on the whole piazza Galvaligi debacle.”